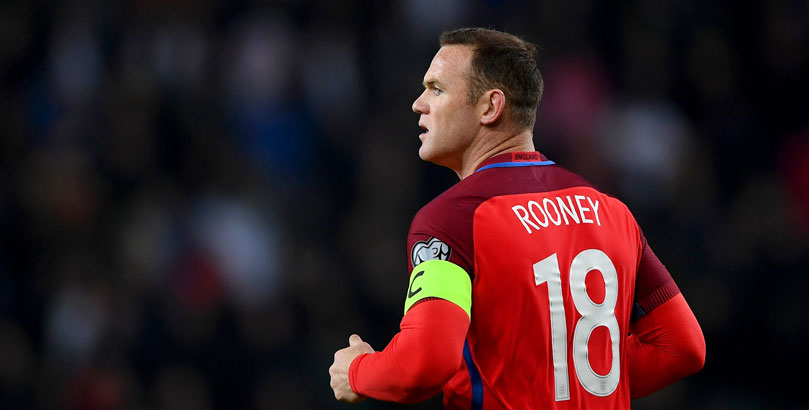 England Under-21’s head to Poland in search of a third European title later this month. However, they will be doing so without Marcus Rashford who, like Wayne Rooney before him, looks set to bypass the U21s and compete directly for a starting spot in the senior side.

Our research shows this may well end up being a mistake, with most of the European game’s greats having served a meaningful apprenticeship in their nation’s youth ranks.

It prepares you to compete on the biggest stage

We looked back at the three most recent European Championship finals and found the average starter had reached a double-digit number of caps for their nation’s Under-21 side. An extended spell with the youth team certainly didn’t harm the international careers of Andrea Pirlo or Xavi – both of whom racked up over 20 Under-21 games. Many of those who didn’t grace an Under-21 tournament were either naturalised from another country, like Miroslav Klose, or represented their nation extensively at younger age groups, like Paul Pogba who bypassed the Under-21s after racking up 58 appearances at various other levels of the youth game.

Success is a proven pathway to the senior team

An impressive showing at the European Under-21 Championships in particular seems to be a good predictor of international success. Three quarters of players to have started and won an Under-21 final since the turn of the century went on to represent the senior team and almost half have gone on to win a double-digit number of caps. Seeing as many players in this sample are still active – particularly the 10 of Sweden’s triumphant starting XI in the 2015 final – the long-term figure will surely top the 50% mark soon.

Top scorers tend to have a successful international career

The Golden Boot winner at the Under-21 Championship usually goes on to represent their country with distinction: the average top scorer since the tournament’s inception in 1978 has won 45 senior caps and scored 15 goals. The list includes some of the game’s all-time greats like Raul and Davor Suker but there are also a few who never made the grade: both Italy’s Renato Buso and Maceo Rigters of the Netherlands failed to make the step up but both peaked at a time when their respective senior sides had an embarrassment of riches up front. In 1992, Italy had Gianfranco Zola, Pierluigi Casiraghi and Giuseppe Signori all at their peak while the 2007 Netherlands squad contained Robin van Persie, Ruud van Nistelrooy and Arjen Robben in addition to the previous tournament’s top scorer Klaas-Jan Huntelaar.

Returning our attention to the senior version of the European Championship, we find that nearly all of the modern tournament’s most prolific goalscorers – those with at least three goals and who have yet to hang up their boots – enjoyed a meaningful stint in the Under-21s. In fact only two players in this list didn’t play a single game for their nation’s Under-21 side: Wayne Rooney who – like his United team-mate Pogba – appeared extensively at younger age groups and Arsenal’s Olivier Giroud. The French striker was cut from the Under-16 squad in 2001 and had to wait a decade before Laurent Blanc called him up to the senior side.

Who among the current Under-21 crop could be destined for greater things?

Can we use what we’ve learned to predict which of the players heading to Poland this summer might shine? Among England’s ranks the vacancy created by Rashford could hand opportunities to the likes of Chelsea’s Tammy Abraham who, at 19, still has plenty of time to reach the 10-cap mark that seems to be a reliable barometer of senior success. Elsewhere, there is plenty of excitement about Germany’s David Seike, who has seven goals in 11 Under-21 appearances already, with Borja Mayoral of Spain and Italy’s Alberto Cerri also set to graduate in double figures and are already regular fixtures in the European top flight.

Italy vs Uruguay: Azzurri more fired up for friendly
Spain vs Colombia: Visitors have good record in Europe
Author