Netherlands and Germany drew at MOL Arena Sosto during the group stage of U21 Euro 2021 and another close encounter looks on the cards when they reoppose there in the semis.

Both teams had to battle through tight quarter-final tussles, so there seems little chance of either side now suffering stage fright.

We like 21/10 for this tie to go to extra-time for our first Netherlands U21 vs Germany U21 prediction.

Netherlands looked up against it when much-vaunted RB Leipzig defender Dayot Upamecano headed France in front on 23 minutes from a corner.

However, the Dutch levelled early on in the second half with an opportunist strike from Myron Boadu.

Holland coach Erwin van de Looi told the UEFA website: “We got tired but in the end we have two great strikers who made the difference for us.

“The guys did great and I think we showed we have a great team; a team that wants to help each other.”

Looking at the 17/5 for a score draw is another tempting option.

Germany were expected to ease past Denmark at the last-eight stage but had to go all the way to penalties to progress.

Mergim Berisha missed a good early chance for Stefan Kuntz’s side and they eventually fell behind on 69 minutes to Wahid Faghir’s fierce effort.

With time running out, Manchester City forward Lukas Nmecha came to Germany’s rescue with a poacher’s goal at the far post.

A deflected Jonathan Burkardt shot put Germany in front in extra-time, only for Victor Nelsson to level from the penalty spot.

However, Finn Dahmen saved twice in the subsequent shoot-out to send the favourites through.

Germany have a great pedigree, having lifted this trophy four years ago and been runners-up in 2019, but the current team clearly isn’t bullet proof.

It was 1-1 when these sides met during the group stage and 11/2 for a repeat result is added to our Netherlands U21 vs Germany U21 betting tips. 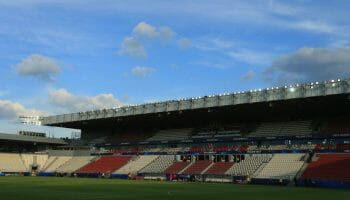