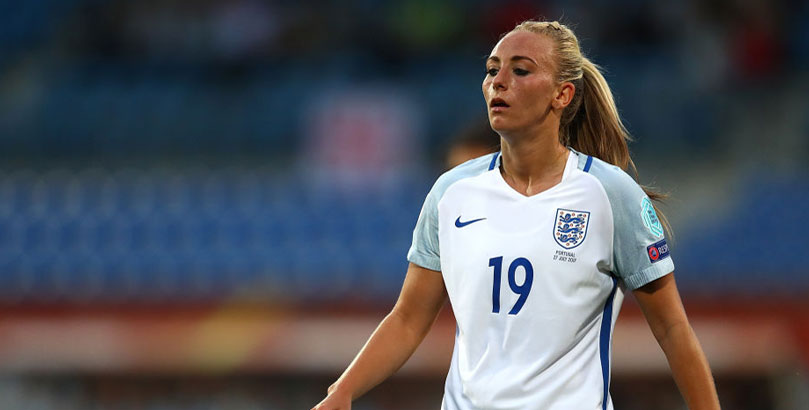 England face a tough quarter-final test at the Women’s European Championship but get the nod to end France’s hoodoo over them in Deventer.

The Lionesses haven’t beaten Les Bleus since 1974 and lost 2-1 when these sides met in Pennsylvania back in March, conceding from a corner in the fifth minute of stoppage time.

However, Mark Sampson’s side have been in fine form during this tournament and are fancied at 8/5 to rewrite the history books in our England Women vs France Women betting tips.

Having thrashed Scotland 6-0 and beaten Spain 2-0, England were able to rest a number of players when edging out Portugal 2-1 on Thursday.

Sampson will be hoping his big guns benefit from that midweek break as the Lionesses look to avenge a 3-0 loss to Les Bleus in this competition from four years ago.

New France coach Olivier Echouafni has tried to rile England with that past record but Sampson insists only current form is relevant.

“He’s played three and won one, I’ve played 11 and won nine,” said the Welshman, who led England to third place at the 2015 World Cup.

“He’ll learn who to talk about and not to. It’ll be a good game and we respect a very good French team but we are looking forward to it.

That quiet confidence seems to be present amongst the players too and we like 23/4 for the Lionesses to prevail 2-1, 3-1 or 4-1 from the England Women vs France Women odds.

France went into this tournament ranked as the third best team in the world after going on to top the SheBelieves Cup table in the Spring by beating No 1 USA and drawing with No 2 Germany.

However, they are bidding to reach the semi-finals of this event for the first time and failed to impress as Group C runners-up, scraping a 1-0 win over Iceland before drawing with Austria and Switzerland.

To be fair, France did dominate in the second half against Austria and had to overcome the early dismissal of full-back Eve Perisset versus the Swiss.

Perisset and captain Wendie Renard are banned for the next match, though, and that is sure to stretch Les Blues’ strength in depth at the back.

Those wishing to play it a bit safer can get 87/100 for England to go through to the semis by any method.

Chelsea vs Inter Milan: Blues to get off to fast start
Bayern Munich vs Liverpool: Reds can be competitive
Author