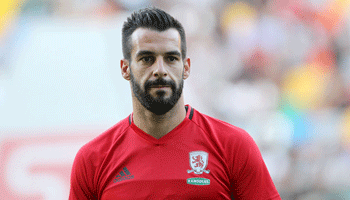 Middlesbrough suffered an embarrassing 2-1 loss when hosting Accrington in the EFL Cup three seasons ago and will be determined to avoid a repeat of that result in the FA Cup fourth round on Saturday.

However, the League Two strugglers have already beaten Burnley in the EFL Cup this term and gave West Ham a fright in that competition back in September when only losing out to a last-gasp Dmitri Payet goal at London Stadium.

Middlesbrough managed to grind out goalless Premier League draws against Leicester and Watford either side of a 3-0 FA Cup defeat of Sheffield Wednesday but they must now recover from a damaging defeat by West Ham at the Riverside last weekend.

Aitor Karanka even turned on his own fans after that 3-1 loss, claiming “the atmosphere was awful” as the crowd “demanded a lot of the players” and insisting he does not want to resort to playing long balls forward under any circumstances.

The pressure on Boro to perform will only intensify when they go into this match as hot favourites, so 4/1 for proven cup performers Accrington to take advantage and force a replay is a tempting price.

A Look At Accrington’s Betting Odds

Accrington have had a tough time in League Two this season but there have been some better signs of late, picking up five points from their last four games in that division, with improved results including a win at Crewe and a draw against third-placed Carlisle after going down to 10 men early on.

Stanley showed they can compete with top-flight teams in the EFL Cup earlier on in the campaign and have impressed in three rounds of this competition, with midfielder Rommy Boco telling the club website: “We have beaten Burnley, Bradford and Luton this season in the cups and been to West Ham and come close and it’s a great experience. If we play like we did against them, then we believe we can nick it.”

The underdogs will no doubt set out to make it difficult for Boro to break them down, so 12/5 for no goals in the first half catches the eye while 13/10 for under 2.5 in the match is another decent price.