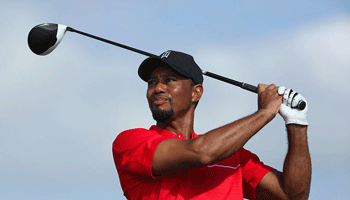 The PGA Tour’s West Coast swing continues with the Farmers Insurance Open and one hugely significant player in the shape of 14-time major winner Tiger Woods.

Woods will compete in an official PGA Tour event for the first time since the Wyndham Championship in August 2015 after (hopefully) appearing to have finally overcome the back problems which required three operations and sidelined him for 18 months.

The 41-year-old could hardly have picked a better venue to return to official competition – he was 15th out of 17 in the Hero World Challenge last December – than Torrey Pines, where he has won this event (formerly the Buick Invitational) seven times and the US Open in 2008.

With such course form Woods would previously have been a prohibitive favourite but it’s no surprise the 41-year-old can be backed at 33/1 this week – and even that price offers little appeal given the tough challenge posed by Torrey’s brutal South Course and the revamped North Course, both of which are used over the first two days.

Instead, our first selection is the only player apart from Woods to have more than two wins in the event, namely California native Phil Mickelson.

Mickelson was pleasantly surprised by finishing 21st in last week’s CareerBuilder Challenge – his first start since undergoing hernia surgery – and can be backed at 28/1 to end a winless streak stretching back to his 2013 Open triumph.

Length off the tee will be an advantage on the South Course in particular, which is why the big-hitting Tony Finau is our second selection at 50/1.

Finau started the season by finishing ninth and 20th in the two events in Hawaii and was inside the top 25 on his last two appearances in the event, which has only produced three non-American winners in Gary Player (1963), Jose Maria Olazabal (2002) and Jason Day (2015).

World number six Hideki Matsuyama is an 11/1 third favourite to buck that trend after four wins and two runners-up finishes in his last seven starts but the Japanese star missed the cut in 2015 and 2016 and Scotland’s Martin Laird offers more appeal at 50/1.

Laird was ninth on his seasonal debut last week and tied eighth here last year when Brandt Snedeker came from way off the pace with a brilliant 69 as his challengers were blown away by strong wind and rain which forced a Monday finish.