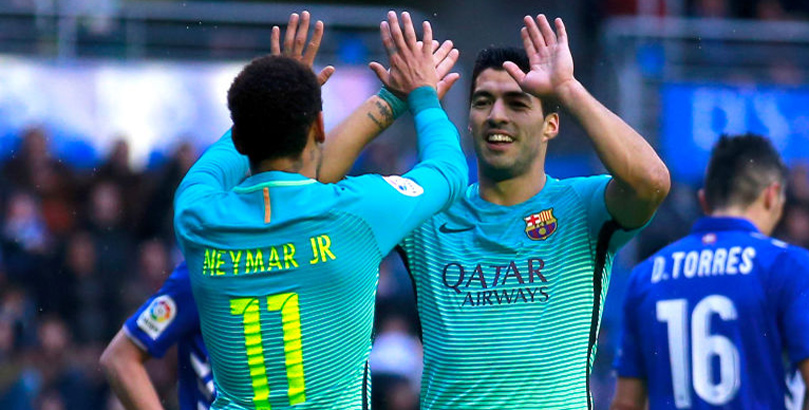 Luis Enrique gets one last chance to end his Barcelona reign with a trophy when taking on huge underdogs Alaves in Saturday’s Copa del Rey final.

Alaves did upset an under-strength Barca with a 2-1 LaLiga success back in September, even if the Catalan giants avenged that surprise defeat with a 6-0 romp in February’s return fixture.

It’s hard to get away from a Barcelona win in our Copa del Rey final betting tips, but 2/1 for Alaves to score in such a loss does take the eye.

Barcelona were almost on the wrong end of another shock when going 2-0 behind at home to Eibar on Sunday, before a late Lionel Messi double eventually helped them to prevail 4-2.

That result wasn’t enough to prevent Real Madrid from being crowned LaLiga champions, but it was a seventh straight success in that competition.

However, the fact that Barca only managed to keep one clean sheet during that sequence does back up our first selection for this encounter.

A Look At Alaves’ Betting Odds

Alaves have enjoyed an excellent first season back in Spain’s top flight, finishing in ninth place after closing with a seven-match unbeaten run that included four victories.

Messi, Luis Suarez and Andres Iniesta all started on the bench when Alaves stunned Barca earlier this season, but they did also pick up a couple of draws against Atletico Madrid, as well as positive results versus Sevilla, Celta Vigo and Villarreal.

Teenage defender Theo Fernandez is being linked with a big-money move to one of the country’s top two clubs, while loan star Marcos Llorente is expected to compete for first-team action back at parent club Real Madrid next term.

Morocco’s Zou Feddal is another to have thrived under Mauricio Pellegrini’s leadership and could well be a target for Premier League outfits this summer, so this is a more-than-useful Alaves side.

It wouldn’t be a major surprise to see Alaves hold their own for a decent period of time, so 29/10 for a draw at half-time and Barca to win at full-time completes our Copa del Rey final predictions.