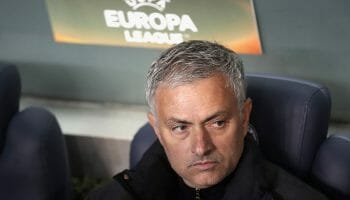 This season’s Europa League final has thrown up a glamour tie and we’ve asked our Bwin blog editors for their expert Ajax vs Man Utd predictions ahead of Wednesday’s clash in Sweden.

Odds are available on almost 200 markets, from outright winner to how many substitutions will be made, so there are plenty of options for our betting tips.

There won’t be much to choose between the sides but I expect United’s experience to come to the fore in the second half.

Goals have been in short supply in the first half of both teams’ matches so far in the competition and I anticipate that will continue, so an uninspiring and cagey opening period could well be in order.

That is right up Jose Mourinho’s street and the Portuguese has a history of winning trophies in this manner. The enthusiasm of Ajax’s youngsters will carry them a fair way and a moment of magic may well be required to settle this contest.

I can understand why United are the firm favourites but it is hard to remember many performances this season when they have really impressed, especially in the absence of the injured Zlatan Ibrahimovic.

If Ajax’s youngsters can cope with the occasion, they can certainly cause problems for United’s defence and if they take the lead, I fancy them to go for more goals rather than sit back.

A lot will depend on who scores first but I sense United have been priced up on reputation rather than the reality of results this season and so Ajax get the nod for me.

Mourinho has geared everything towards this game for the last few weeks and that move can pay off with a second trophy of the season for United.

Ajax have looked exciting going forward in this competition, but this is a young, naive team and their defence has been decidedly dodgy on the road.

Paul Pogba, Ander Herrera and Marouane Fellaini are fancied to overpower the Dutch team’s midfield, while the pace of Marcus Rashford, Henrikh Mkhitaryan and Jesse Lingard will give the Ajax rearguard nightmares.

Spanish sides have dominated this event of late, winning seven of the last 11 deciders after Sevilla completed a hat-trick of triumphs when beating Liverpool last term.

However, there was an English success in 2013 for Chelsea, while Feyenoord were the last Dutch team to prevail back in 2002.