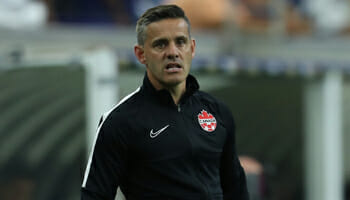 Canada have already qualified for the World Cup and Panama are out of contention, but the hosts will still be playing for pride in this contest.

The Canal Men are unbeaten at home during this campaign and have never lost to Les Rogues in eight past meetings in front of their own fans.

That record makes 1.91 for Thomas Christiansen’s side to avoid defeat appeal for our opening Panama vs Canada prediction.

Panama were eliminated from the race to reach Qatar 2022 in emphatic fashion when thrashed 5-1 by the United States in Orlando on Sunday.

The Canal Men were blown away early on, conceding three times in the opening half an hour, as a Christian Pulisic hat-trick inspired the Stars and Stripes.

Anibal Godoy grabbed a consolation goal with four minutes left on the clock, but it was a humbling experience for Panama.

However, it has been a different story at Estadio Rommel Fernandez during this qualifying campaign, with 12 of their 18 points picked up here.

Last September’s 1-1 draw with Mexico and a 1-0 win over USA the following month showed Los Canaleros fear no-one at this venue.

Against Canada, past history points to a draw, with seven home games ending in stalemate and the other being a 2-0 victory.

The Canucks have obviously improved of late, but Canada vs Panama odds.

John Herdman can start making plans for Qatar this winter after a 4-0 drubbing of Jamaica confirmed their place in the finals.

Last Thursday’s 1-0 loss in Costa Rica had delayed qualification, but there were no signs of any nerves versus the Reggae Boyz.

Junior Hoilett’s 82nd-minute strike and a late own goal added to the party atmosphere as Canada reached a first World Cup since 1986.

“We all dreamed of this as little kids and as a Canadian that was impossible, but today the impossible happened.”

Canada could still be hung over from their celebrations, but they do technically need one more point to make sure of top spot in the table.

Let’s add 4.2 for a draw at half-time and full-time to our Panama vs Canada betting tips.