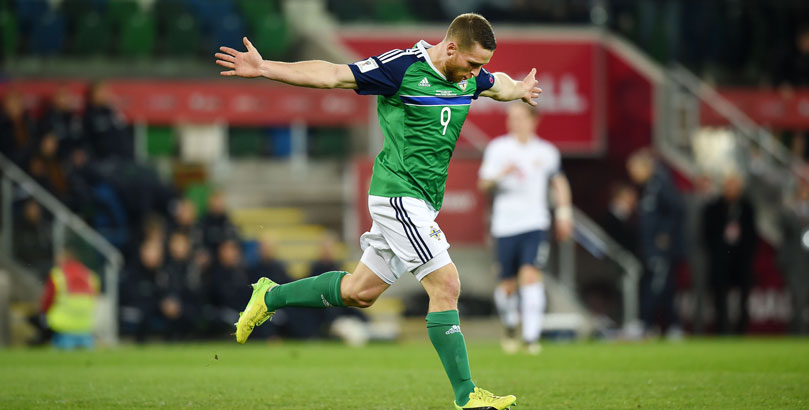 Northern Ireland have made a fine start to their World Cup qualifying group and will seek to maintain the momentum with a positive result in Azerbaijan on Saturday evening.

Michael O’Neill’s side were convincing 4-0 victors when these teams met in Belfast back in November, helping them to lie in second place behind runaway leaders Germany.

It should be closer in Baku, but 23/20 for an away win still appeals from the Azerbaijan vs Northern Ireland odds.

A Look At Azerbaijan’s Betting Odds

There aren’t too many familiar faces in the Azerbaijan squad, but head coach Robert Prosinecki is well respected throughout Europe, having represented Barcelona and Real Madrid during a long and distinguished playing career.

On the field, Boavista goalkeeper Kamran Aghayev is a steady shot-stopper, while 34-year-old captain Rashad Sadygov can help to pass on the experience of his 109 caps.

Azerbaijan are hardly blessed in the goalscoring department, though, with just three scored in five Group C fixtures, including a tight 1-0 triumph away to international whipping boys San Marino.

Punters can get 19/10 for an away win to nil and that’s worth including in our Azerbaijan vs Northern Ireland betting tips.

Northern Ireland came through a tricky little test when warming up for this trip with a 1-0 home win over New Zealand and that should help to keep the feelgood factor going.

O’Neill declared that result “leaves us in a good place” for the Azerbaijan clash, especially with Scottish Premiership Golden Boot hero Liam Boyce transferring his Ross County form to the international stage.

After holding their own at Euro 2016, the Irish have built some self-belief and that was evident in a 2-0 defeat of Norway in their last qualifier in March.

Hopefully some of the walking wounded can battle through one more match before a well-earned summer break, because we like 17/4 for a 1-0 away win here.