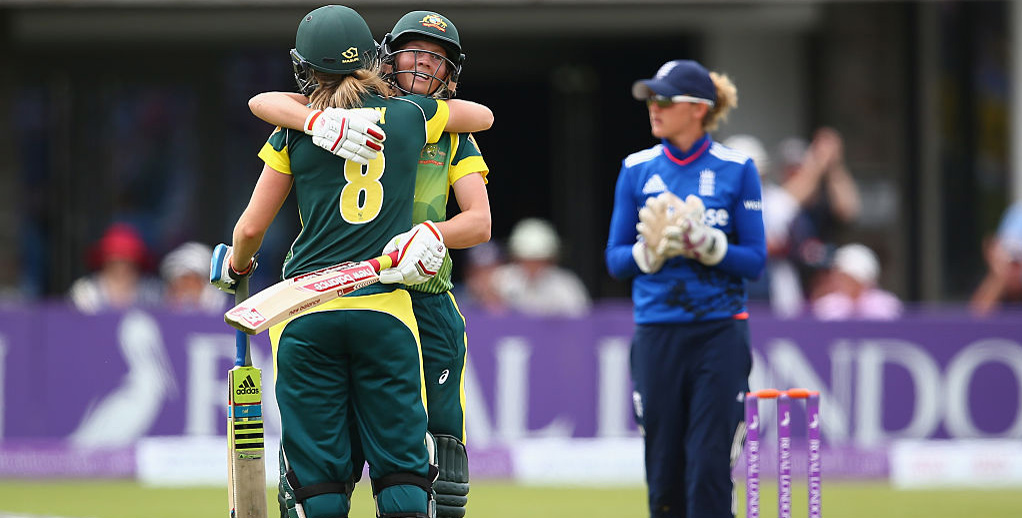 Australia and England are expected to dominate the 11th renewal of the ICC Women’s World Cup and we just favour the Southern Stars to come out on top.

The defending champions are seeking to lift this trophy for the seventh time and look in good shape to go all the way once again.

Captain Meg Lanning has earned her ‘Megastar’ nickname by rewriting the record books for batting in the women’s game. Having hit a ton in just her second ODI as a teenager, the 25-year-old now has 10 centuries to her name in this sphere after putting New Zealand to the sword in March.

All-rounder Ellyse Perry is capable of pressing her skipper in the MVP department, with the 26-year-old having struck a century in a warm-up win over the Kiwis at Southampton on Wednesday.

Both players look at the peak of their powers and have the benefit of experience from Australia’s 2013 triumph in India, when they crushed West Indies by 114 runs in the decider.

Beth Mooney and Alyssa Healy were others to shine in the women’s Big Bash competition over the winter, finishing second and third behind Lanning in the runs chart.

Along with their male counterparts, the Southern Stars are embroiled in an ongoing pay dispute with the Australian Cricket Board, but we don’t expect that to be a distraction during such a prestigious event.

England also seem in rude health, with captain Heather Knight overcoming injury problems to hit form at just the right time and Sarah Taylor showing her well-being with 49 not out in a warm-up win over Sri Lanka.

Natalie Sciver has impressed on the domestic scene and Tammy Beaumont bagged a half-century in another prep victory over New Zealand, so things are looking good for Mark Robinson’s team.

However, England’s ODI form over the last couple of years has not been outstanding, losing 2-1 to the Aussies in the summer of 2015 and only scraping series wins over South Africa and West Indies.

Australia were far more convincing against South Africa last November and have the benefit of competing in a hard-fought 2-1 triumph over New Zealand this spring.