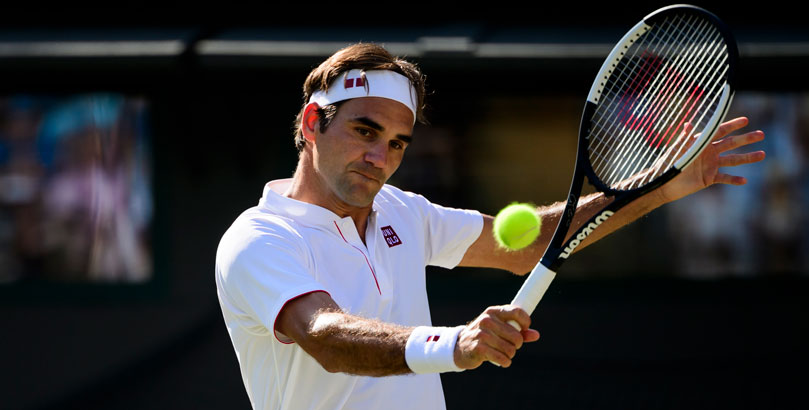 Wimbledon 2019 is set to be Andy Murray’s last while Roger Federer and the Williams sisters are approaching retirement age, meaning the tournament could witness a changing of the guard where the next generation of tennis stars emerge.

We’ve broken down the extent to which the recent giants have dominated the game and who might step up to replace them over the coming years.

The end of an era?

Since Federer first topped the ATP rankings 15 years ago, only three other men – Murray, Rafael Nadal and current number one Novak Djokovic – have done so, making it the longest spell in history where four players have hogged the limelight. In fact, since Nadal reached second place in 2005, nobody besides these four has managed better than third.

The WTA rankings have been far more hotly-contested, with 17 different women having held top spot since Serena Williams first made it in 2002. Ashleigh Barty became the latest to do so this week after ending Naomi Osaka’s short-lived stint.

While the mantle has been passed frequently, Williams is one of only two women – the other being Justine Henin – to have held it continuously for more than a year since 2002 and her eighth spell as number one ended just two years ago.

Who could win the men’s title?

The history of the Open Era suggests the time is right for a young challenger to emerge, with 22 being the most common age for a Wimbledon winner.

Surprise early exits for sixth seed Alexander Zverev and seventh seed Stefanos Tsitsipas have dealt a major blow to the NextGen brigade, though.

By the time a player reaches 28, their chances of reaching the final start to drop as there have been almost as many 27-year-old finalists as those aged 28 and 29 combined.

But if you’re looking to predict the winner then you’ll struggle to do a better job than the seeding system, as two thirds of the 51 winners in the Open Era have been seeded either first or second.

That points towards 32-year-old Djokovic or 37-year-old Federer continuing to fly the flag for the golden oldies.

Who could win the ladies’ title?

Youth has been less important for female players in the Open Era, with 28-year-olds having won the most finals (six) and 27-year-olds joint second with five. While the 11 players aged 24 to have made the final is the most of any age, only three of them went on to triumph.

Seeding is again a powerful determinant of success, with 23 of the last 51 winners having started the tournament as the favourite and no seed below third having produced more than two winners in this period.

The only player aged 28 in the top 16 is 14th-placed Caroline Wozniacki, so perhaps the third and fourth seeds – Karolina Pliskova and Kiki Bertens, both aged 27 – stand a better chance.

Sri Lanka vs West Indies: Crusaders to keep hopes alive
Bangladesh vs India: Men in Blue to bounce back
Author