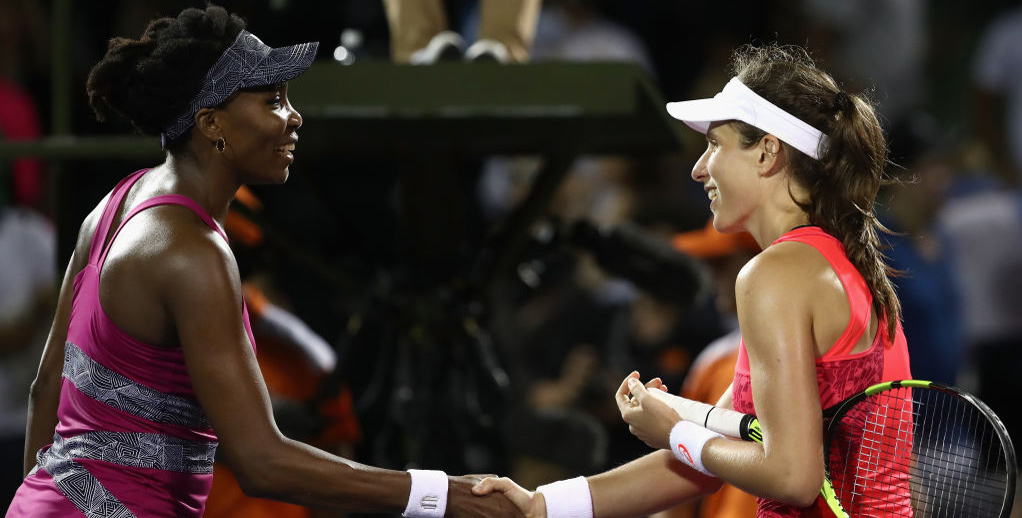 Johanna Konta is now just 9/4 in the Wimbledon women’s singles outright betting as she prepares to face Venus Williams in the semi-finals.

It is now a battle between the experience of Williams and the younger legs of Konta and in our Konta vs Williams betting tips, we’re backing Konta to come out on top at 39/50.

Matching the aggression of the Williams sisters is something that many of their rivals have failed to do during their era of dominance, but that is exactly the trait that has got Konta this far.

It looked like she may have met her match when she lost the first tie-break to Halep and she was two points from defeat in the second set before eventually securing victory in two hours and 38 minutes.

Konta will again have the fans behind her on Centre Court but that will not faze the five-time Wimbledon champion, who ended the winning run of French Open champion Jelena Ostapenko at 11 grand slam matches with a 6-3 7-5 victory.

At 37, Williams is the oldest semi-finalist at Wimbledon since Martina Navratilova in 1994 and how Konta handles her serve could be the key to her claiming a fourth win in six meetings with the American.

After her defeat, Ostapenko said: “She was playing good today. She was serving well. I think I didn’t start the match very well. I was missing a little bit. But it was very tough to break.”

With Konta having been involved in four tie-breaks in her last four matches, our second Konta vs Williams prediction is for there to be a tie-break, which can be backed at 11/5.

Both players have shown their battling qualities and we also fancy the match to go to a third set at 5/4.

Konta vs Williams: The experts’ predictions

“I think Jo should win that match. Venus is not going to want to play a three-hour match, I think the fatigue factor for Konta might come into play. But I don’t think Venus will choke, so I think that Konta will have to win the match, but I think it’s absolutely on the cards.”

“Experience is a very big advantage. Venus has won a lot of grand slams. That does help to know what it feels like – it gives you more confidence and you learn how to cope with those emotions because it can be tough.

“I think she can win. She’s a very strong player, she’s playing well. She has the crowd, as well. I think she’s able to win the next round.”

“I hope she goes on to win the tournament. She’s certainly got a fantastic chance. I saw quite a lot of the match yesterday (against Halep). She played extremely well under a lot of pressure. If she keeps playing like that, there’s no reason why she can’t do it.”

Djokovic vs Berdych: Three and into the semis for Serb
Federer vs Berdych: Swiss looks unstoppable
Author