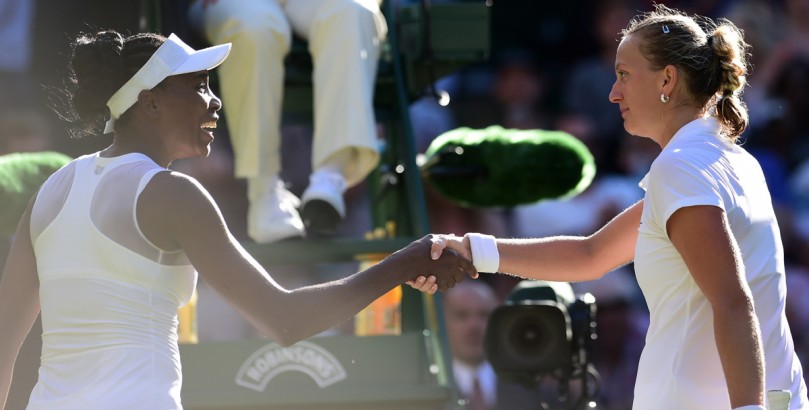 What do you need above all else to maximise your enjoyment of Wimbledon? It isn’t strawberries, Union Jack car flags or even a trip to the suddenly congested local park courts, it’s the red button on your remote control.

For while the broadcasters focus on ‘treating’ you to a selection of straight-set strolls for the likes of Novak Djokovic, Andy Murray and Roger Federer, most of the excitement will be provided by the women’s draw, and it is often overlooked if you don’t seek it out yourself.

You know the drill, the presenter will give you a glimpse of the vast drama elsewhere, only to drag you back into a no-contest:

“Over on court X, Simona Halep has dropped the second set to Lesia Tsurenko while, on court Y, Victoria Azarenka is facing match point against Bojana Jovanovski, but we’re going to return to the Andy Murray match, where he has just taken a 6-1 6-1 lead against Blaz Rola of Slovenia.”

To test our suspicion that, despite receiving far less coverage, women’s singles tournaments drastically outperform the men’s in terms of entertainment, competitiveness and diversity, we tallied up the figures from each of the 22 Grand Slams to date this decade. The numbers support the hypothesis:

As you can see, the women’s tournaments have delivered as many different finalists (19) as the men’s editions have done semi-finalists, all bar three of the 22 male majors have been won by a top-three seed and there hasn’t been a single instance of an unseeded player reaching the men’s semis.

One other statistic that we uncovered that isn’t in the above infographic is that there hasn’t been an occasion this decade in which the top four women’s seeds all coasted through to the semi-finals in a predictable fashion, whereas this has happened four times on the men’s side.

Regardless of whether you prefer the ATP or WTA’s contribution to the SW19 spectacle, bwin.com are offering punters the opportunity to profit from the uniformity or otherwise of what takes place, with markets created on how many of the top-eight seeds progress to the quarter-finals.

The men’s bar is set at 5.5, with it 9/25 that five or fewer of the elite seeds make the last eight and 19/10 that six or more do. Five made it that far last year: Djokovic, Murray, Federer, Stan Wawrinka and Milos Raonic. Alternatively, you can find Wimbledon betting odds of 17/20 on both over and under 4.5.

The women’s separator is 3.5. It is 3/4 that four or more of the top-eight seeds work their way into the quarter-finals, compared to 19/20 that there are a mere three or less left standing. Last year, there were two: Halep and eventual winner Petra Kvitova.