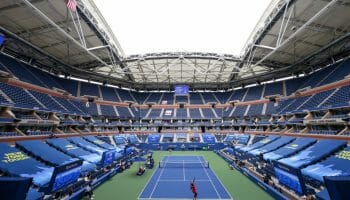 Alexander Zverev is fast becoming a man for the big occasion and is tipped to reach the US Open final by seeing off Pablo Carreno Busta.

The German has put a poor run of form on the ATP Tour behind him at Flushing Meadows and should have too many weapons for his game, but outgunned opponent.

Let’s go with the favourite to prevail 3-1 at 11/4 for our first Carreno Busta vs Zverev prediction.

Carreno Busta benefited from Novak Djokovic’s disqualification in the fourth round, but it should be noted that he was poised to win the opening set prior to that bizarre incident.

However, the big worry now is just how much that four-hour marathon took out of the 29-year-old, who is ranked 27 in the world.

“I am destroyed, but I am very happy – it’s incredible to be in the semi-final again,” said Carreno Busta, who lost to Kevin Anderson at this stage three years ago.

“When I play in the US, I feel very comfortable. The last few months in quarantine were tough for everyone but I worked very hard with my coach.”

Carreno Busta’s fine serve gives him every chance of picking up a set, but past evidence suggests he is prone to unravelling at some point in big matches.

Looking at the 83/100 for the German to win at least five more games than the Spaniard.

Zverev looked a player to avoid at this tournament after losing to Andy Murray in a warm-up event, but he has rediscovered the sparkle which took him to the Australian Open semis.

The 23-year-old is still battling to overcome some demons, judged on the forlorn manner shown when he lost the first set 6-1 and trailed 4-2 in the second versus Borna Coric.

However, once going back to basics in that match, Zverev was able to wear down the Croatian with a defensive game plan.

Becoming the first German player to reach the semi-finals of the men’s singles at the US Open since Boris Becker in 1995 is something which inspires Zverev.

Although losing out to Dominic Thiem in Melbourne earlier this year, he is a past ATP Finals champion and has three Masters titles to his credit.

Elite-level players were beaten in all of those deciders, so Zverev is far less likely to feel the pressure here.

Let’s finish off our Carreno Busta vs Zverev betting tips by taking 4/1 for the favourite to win the first set 6-4.