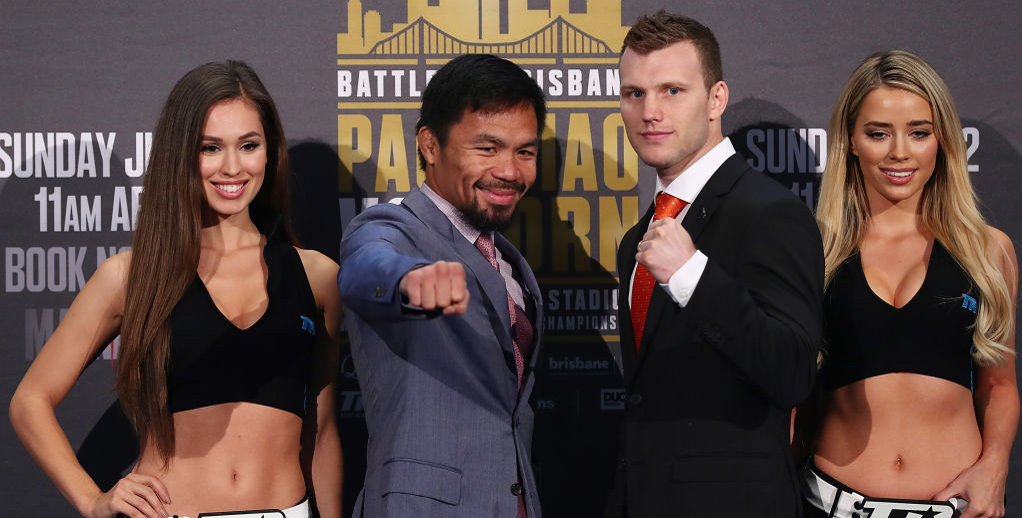 Manny Pacquiao hasn’t stopped an opponent since 2009 but trainer Freddie Roach is backing him to buck that trend when taking on local hero Jeff Horn in Brisbane this weekend.

This WBO welterweight title bout will be watched by almost 50,000 fans at Suncorp Stadium in Queensland and exciting Aussie Horn is 9/2 to spring a surprise.

However, even at the ripe old age of 38, Pac Man is expected to prove a class apart and 6/5 he gets the job done inside the distance stands out from the Pacquiao vs Horn odds.

Pacquiao secured the last of his 38 knockouts when beating Miguel Cotto in the final round of an epic Las Vegas bout almost eight years ago.

However, he has only fought tough-as-teak elite-level boxers since then and we haven’t forgotten the way he destroyed Ricky Hatton inside two rounds back in April 2009.

The Filipino legend took a year out after losing to Floyd Mayweather but returned to action in 2016 with a second win over Timothy Bradley, putting the American on the floor twice in a one-sided affair.

Jessie Vargas was also on the canvas early on in November before plugging on to lose a landslide points decision, so Pacquiao clearly still retains enough of his old punching power.

Horn dangerous but has been hurt before

Horn was a decent amateur, boxing at the 2012 Olympics in London, where he lost in the quarter-finals to eventual silver medallist Denys Berinchyk.

As a pro, he has rattled off 16 wins and one draw (due to a clash of heads), with 11 of his victims failing to last the distance.

However, he has been hurt in two of his last three victories, briefly touching down after a straight right from former light-welterweight world champion Randall Bailey and hitting the canvas after a body shot from Ali Funeka.

Horn walked on to both of those punches and is expected to take more punishment when seeking to push forward again here.

Roach said: “I hope he comes out and tries to steamroller us, because Manny does really well with guys who try to be aggressive with him and is a great counter-puncher.

“We’ve trained extra hard for this fight, because Horn is dangerous and has nothing to lose, but he’s going to need more than he has to win, in my opinion.

Punters can get 3/2 this bout lasts less than 10 rounds and for those wanting a value bet at bigger odds, we like 12/1 for Pac Man to prevail in the sixth in our Pacquiao vs Horn predictions.