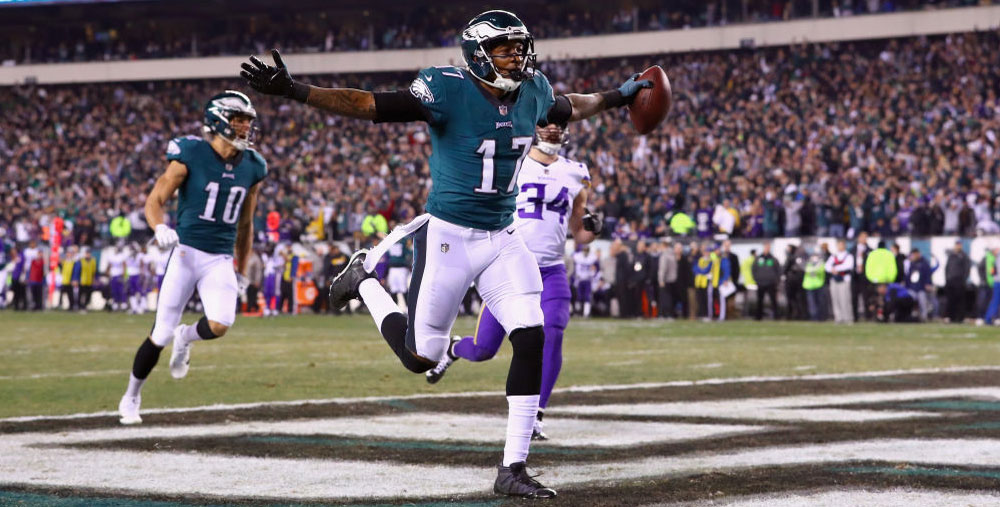 Super Bowl LII promises to be another spectacular event and we’re going with Philadelphia to upset the odds against New England in our final NFL betting tips of the season.

However, the Eagles were the more impressive team in this term’s conference championships and can carry that momentum through to the decider in Minneapolis for an 8/5 victory.

Many pundits predicted that Philadelphia would struggle to cope with December’s season-ending injury to quarterback Carson Wentz and it did take stand-in Nick Foles a few weeks to settle in.

However, the 29-year-old journeyman showed decent game management in a 15-10 defeat of Atlanta in the divisional round, before enjoying a career-best day against Minnesota in the NFC Championship game.

Foles threw for 352 yards and three touchdowns against a strong Vikings defence, with the Eagles’ stellar offensive line giving him the platform to pick holes in Minnesota’s secondary during that 38-7 success.

With a strong running game and aggressive defence to fall back on, the feeling is that Foles has rediscovered the confidence which saw him make the 2013 Pro Bowl during his first stint with the Eagles, when throwing 27 regular-season touchdown passes and only two interceptions.

If his nerve holds up on the biggest stage, 91/100 for Philadelphia with 4.5 points start on the spread also appeals for our NFL betting tips.

Of course, taking on New England has been the quickest way to the poor house in recent seasons and this will be their fourth Super Bowl appearance in the last seven years.

However, handicap punters will take heart from the fact that the Patriots lost to the Giants in 2012, only prevailed by four points against Seattle in 2015 and needed overtime to edge out Atlanta 12 months ago.

The never-say-die attitude which saw them come from 28-3 down against the Falcons was again evident as they rallied to beat Jacksonville 24-20 in this season’s AFC Championship game, having trailed 20-10 in the fourth quarter.

We just feel the Eagles have the ground game to control the clock and field position if they get in front, though, so we’re finishing off our NFL betting tips by taking 4/1 for the underdogs to shade a close contest by 1-6 points.

Six Nations venue guide: Where should you go for the best experience?
Espanyol vs Barcelona: Coutinho set to haunt former teammates
Author