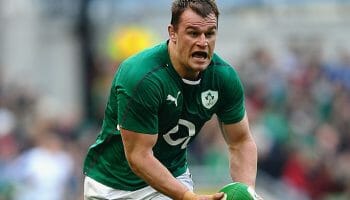 Scorching heat could play a part in Ireland’s clash with Japan in Shizuoka and makes the hosts a tempting proposition on the handicap market.

With the temperature set to soar into the 30s, the Brave Blossoms will seek to play an expansive game and run their opponents ragged.

Such tactics may not earn a surprise victory, but 91/100 with 13 points start is good enough to feature in our Japan vs Ireland betting tips.

Japan caused a stir at the 2015 World Cup when securing a famous 34-32 win over South Africa in Brighton and they have been competitive against UK opposition over the past 12 months.

Last summer, Scotland prevailed 26-13 in Aichi but then only had five points to spare when scraping home 21-16 in the second Test in Tokyo.

The Brave Blossoms also pushed Wales close when going down 33-30 in Cardiff in November, with that bold showing coming on the back of a 28-22 defeat of Georgia in Tbilisi.

Japan blessed with plenty of talent

Head coach Jamie Joseph has selected an exciting backline, spearheaded by scrum-half Fumiaki Tanaka, who spent three years with the Highlanders before moving to the Sunwolves, Japan’s flagship Super Rugby side.

Ireland’s strength in depth will be tested by losing a number of players to the British and Irish Lions tour and we also have to come back to the heat issue.

“I would imagine it is going to be a serious challenge,” said stand-in skipper Rhys Ruddock. “It will make what is already a hugely difficult test for us as a group even harder.