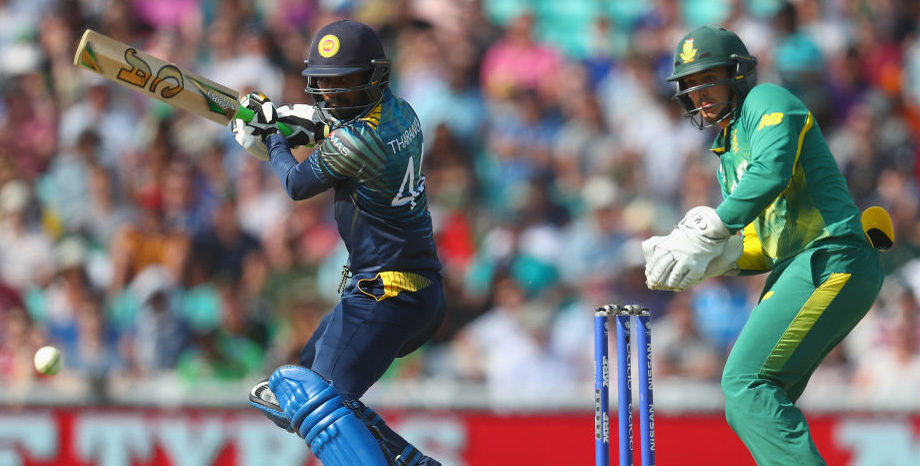 Sri Lanka are not expected to beat India in the ICC Champions Trophy but could be value to outscore their opponents during the first 15 overs at The Oval.

India’s top-order batsmen have established a formula of getting set before seeking to open up in the middle period of their innings.

That makes 11/10 for the underdogs to hit more runs in the early stages worth putting in our India vs Sri Lanka betting tips.

With stand-in captain Upul Tharanga suspended due to a slow over-rate in the heavy loss to South Africa, Sri Lanka are now expected to open with Kusal Perera alongside Niroshan Dickwella.

Both are capable of scoring quick runs if getting a bit of good fortune and the latter has already proven his well-being with a solid 41 against the Proteas.

When it comes to India batting, they may also see Lasith Malinga as the only real threat to success and so look to merely see off Sri Lanka’s ageing strike bowler.

In terms of the match result, it is hard to oppose India following their emphatic defeat of Pakistan at Edgbaston.

When reaching 319 for three in Birmingham, Virat Kohli’s side hit 10 sixes, so 17/20 there are more than eight maximums in this match between both teams takes the eye.

The 1/4 favourites can also boast a record of 14 wins in the last 17 ODI matches against their next opponents and Kohli has vowed to stay focused.

He said: “At the moment, we are playing some good cricket, but that doesn’t mean that we play with arrogance as a team.

“We respect every opposition the same way and we intend to play the same kind of cricket against everyone. That’s the only way to win.”