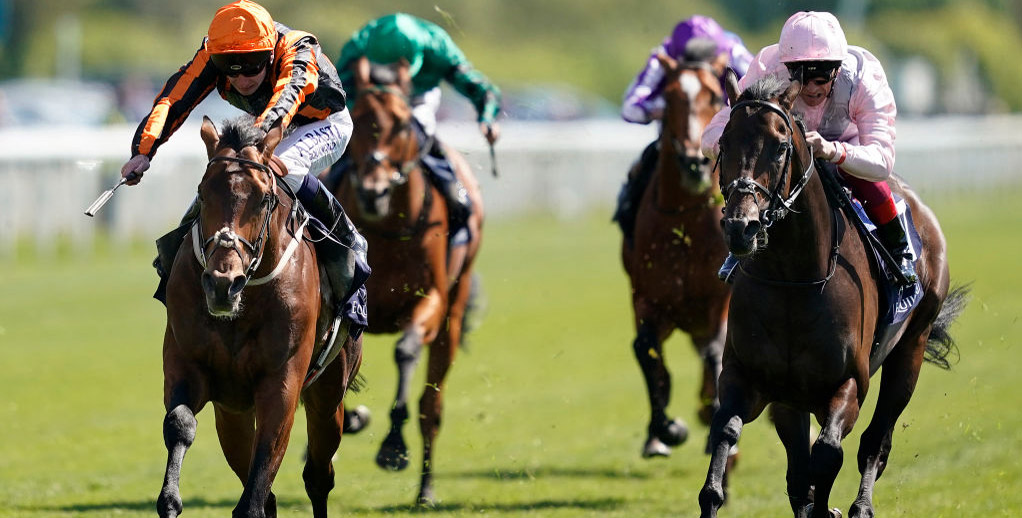 Masar took top honours for Charlie Appleby, William Buick and Godolphin 12 months ago at odds of 16/1, but will there be another upset on Saturday?

Here are the Epsom Derby tips of PA Sport racing guru Nick Robson, with latest odds at the time of writing.

A smart juvenile, if falling just below the very best having come up short behind Quorto and Too Darn Hot. Reappeared in the Lingfield Derby Trial and was a smooth scorer, but not since 1998 has that race produced the winner and the form is not strong.

Cost 500,000 guineas and initially looked a bit of a flop after failing to win in three starts last season. Made no mistake first time out this year, however, beating Telecaster, and won a trial at Sandown well. Each-way claims.

Won the two best Irish trials in the Ballysax and Derrinstown Stakes, traditionally the route his trainer takes with his best Derby prospect. Was not wildly impressive in the latter, but should be suited by a real test (pictured below).

Looked a bit slow when winning on his reappearance at Chester from a stablemate and will certainly appreciate going up in trip. His juvenile form was eyecatching, so it would be no surprise to see him outrun his odds.

Over 10 lengths behind Anthony Van Dyck at Lingfield and no reason to see why he should turn the tables. Should give his owner a good day out.

An improving colt who no doubt has a future, but he made hard work of it at Salisbury last time out. His form is a long way removed from some of those in here and it will be a surprise if there are not a few too good.

Was one of the winter favourites for the race before his trainer seemingly won every trial going and a setback delayed his reappearance. While not disgraced in the Dante at York and improvement is expected, it is needed.

A likeable type last year when he improved with every race, culminating with a win at the Breeders’ Cup. However, he was soundly beaten in the Dante and needs to find plenty to get involved.

He would arguably be the most popular winner of the race for his veteran trainer, who celebrates his 87th birthday in July. Top-class juvenile form and not disgraced in two runs this season, if a little underwhelming. A player up in trip.

Strongly fancied over the winter, but has been left behind in the spring by his stablemates. A yawning eight lengths to make up with Sir Dragonet and hard to find a reason why.

Unraced at two, he progressed from a Tipperary maiden to being Derby favourite in rapid time. So impressive at Chester (pictured above), but that was on soft ground, so he does need to prove himself on a quicker surface.

Has helped set the pace for Broome in two trials this season and the same role beckons again. Unlikely to hold on.

Not seen as a juvenile, but finished second to Bangkok on his debut before winning by 10 lengths at Windsor. Was too strong for champion juvenile Too Darn Hot in the Dante and that is arguably the best form on offer. Whether this is coming too soon is the only doubt.

Sir Dragonet was not even in the Derby and had to be supplemented, but he is now the main Ballydoyle contender after bolting up at Chester and Ryan Moore rides.

Broome looks sure to stay, but perhaps lacks the brilliance of a Derby winner, and while Japan will improve for his run at York, he will need to do so in spades.

TELECASTER is bred to win the race, being by a Derby winner in New Approach and out of an Oaks second in Shirocco Star, and he appears to have the requisite speed and stamina required by all Derby winners.

England vs South Africa: Hosts to start well at The Oval
Saracens vs Exeter: Holders can continue Chiefs hoodoo
Author