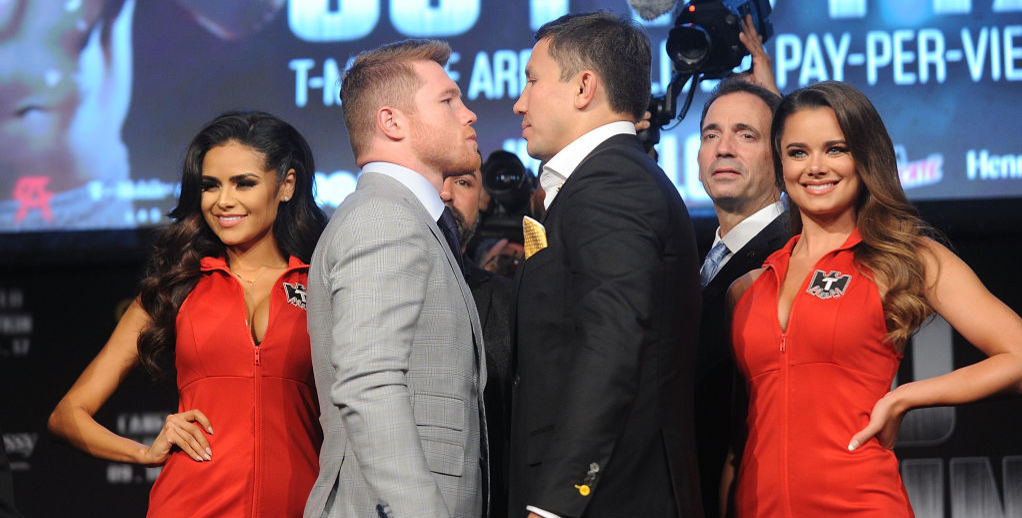 Gennady Golovkin puts his IBF and WBA middleweight titles on the line against Saul ‘Canelo’ Alvarez in Las Vegas this weekend but we’re expecting him to keep hold of those belts.

After all the hype of Floyd Mayweather versus Conor McGregor, this is a classic match-up for true boxing fans to savour.

Alvarez’s promoter Oscar De La Hoya said: “This is for supremacy, this is to see (not only) who is the best middleweight in the division but who the best pound-for-pound fighter on the planet is.

“I want my kids, and your kids, to talk about Canelo Alvarez and Gennady Golovkin 20 years from now. That’s the type of fight we have on our hands, a special fight.”

The Mexican challenger has only lost once before in 50 bouts and that was to Mayweather, but the champion is 37-0 and gets the nod at 3/5 in our Golovkin vs Canelo Alvarez betting predictions.

Golovkin’s devastating punching power has ended 33 of those contests inside the distance and he appeals at 5/4 to stop Canelo too.

Many pundits believe the 35-year-old has shown signs of going over the hill in his last couple of contests and may now be ripe for the taking.

Britain’s Kell Brook made GGG look very one-paced early on before a big weight difference told on the Sheffield fighter.

The Kazakh was then given a tough work-out in a competitive clash with Daniel Jacobs before prevailing narrowly on points – the first time he hadn’t stopped an opponent since 2008.

However, Golovkin went into both bouts as a heavy favourite and can be forgiven for thinking he could simply walk through those opponents.

This time, the champion will be spurred on by Canelo’s big reputation and strong fan-base, plus all the sceptics claiming he is past his best.

Golovkin is a mean machine who admits he loves to fight and a first outing in Las Vegas is unlikely to faze him.

“I just need my ring,” he ruthlessly declared. “It doesn’t matter where – Vegas, New York or the moon. Doesn’t matter.”

Canelo must sharpen up his defence

Alvarez is another Golovkin opponent who previously performed at a lower weight, although he has held the WBC title in this division, outpointing the consistent Miguel Cotto and then knocking out Amir Khan in round six.

The stocky Mexican, who looks more like an Irish boxer with his pale skin and red hair, should have the power to trouble GGG if getting through.

However, Mayweather and Khan made Alvarez look very easy to hit himself and he simply can’t afford to walk on to similar punches now facing Golovkin’s much heavier hands.

We’re finishing off our Golovkin vs Canelo Alvarez betting tips by taking 3/1 for the champion to get the job done in rounds 7-12.