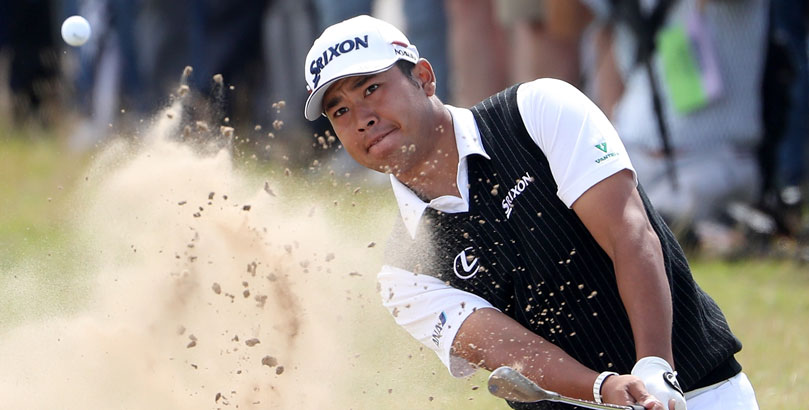 And after a one-off trip to Eagle Point Golf Club, the tournament returns to its usual home of Quail Hollow, which was preparing to stage the US PGA Championship this time last year.

That was won by Justin Thomas and it is no surprise to see the world number two and Rory McIlroy as joint favourites, with McIlroy winning his first PGA Tour title here in 2010, losing out in a play-off to Rickie Fowler in 2012 and cruising to a seven-shot victory in 2015.

Thomas comes into the week on the back of a poor performance alongside Bud Cauley in the Zurich Classic, while McIlroy is making his first appearance since his disappointing final round in the Masters.

And with both men at 8/1, the preference is to make Hideki Matsuyama our first selection in the each-way market at 22/1.

Matsuyama’s course form at Quail Hollow reads 38-20-11-5, with fifth place coming in last year’s US PGA and including a second round of 64.

The Japanese star’s game has been moving in the right direction since returning from injury, which means he is far fresher than most of his rivals.

Matsuyama did not contest last week’s Zurich Classic, but both of our next two selections were in New Orleans and encouragingly performed well.

Louis Oosthuizen partnered Charl Schwartzel to third place and also finished second to Thomas in the US PGA, famously completing an unwelcome career grand slam of runners-up finishes in the majors.

And while Tommy Fleetwood did not fare so well in the US PGA, his quality ball-striking is a prime asset at Quail Hollow and he and fellow Englishman Chris Paisley were just a shot behind the South African pair in New Orleans.

Fleetwood is available at 28/1 and Oosthuizen 33/1 in the each-way market.

And finally, former world amateur number one Joaquin Niemann could reward a small each-way bet at 125/1 after finishing sixth in the Valero Texas Open on his professional debut.