The first Major winner of 2022 will be revealed this weekend and we’ve got a trio of golfers for punters to consider in our Masters predictions.

There are plenty of talking points ahead of the 86th staging of this iconic event at Augusta National, including the absence of Phil Mickelson.

However, these are our three fancies to claim green jacket glory and their 2022 US Masters odds:

The 25-year-old will be making just his third appearance at Augusta and looks ready to build on a couple of encouraging efforts, finishing in a tie for 19th in 2020 and then joint-18th last term.

Scheffler went on to secure three good placings in the other Majors last year; sharing eighth place at the PGA Championship and The Open and seventh at the US Open in between.

Now the world number one after a stunning run of three wins in five starts, claiming his first PGA Tour title in Phoenix followed by victories in the prestigious Arnold Palmer Invitational and WGC-Dell Technologies Match Play, he returns to Georgia on the crest of a wave.

The powerful Spaniard may feel he has a point to prove after losing his status as rankings leader to Scheffler and the Ryder Cup star’s form figures in Majors certainly make impressive reading.

Rahm’s worst effort in the four big ones last year was eighth at the USPGA, with victory at the US Open backed up by third in The Open and fifth at this event.

In his three previous Augusta visits, the 27-year-old finished fourth, seventh and ninth, so Rahm is hard to leave out of any short-list when preparing US Masters betting tips.

Defending champion Hideki Matsuyama and five-time winner Tiger Woods have injury issues, while Rory McIlroy’s form is inconsistent, so we’re looking to Conners as a value alternative from the 2022 Masters odds.

The Canadian has finished 10th and eighth in the last two years and will now seek to emulate compatriot Mike Weir’s success at this tournament back in 2003.

Conners showed his well-being when third in last month’s WGC-Dell Technologies Match Play and closed the Texas Open with a 67, so could be running into form at just the right time.

For those wanting to hedge their bets, the 30-year-old is a tempting 4.5 to make the top 10 again here this year. 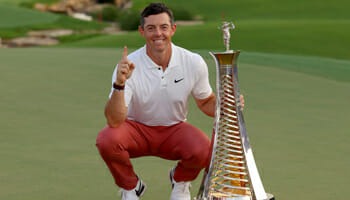