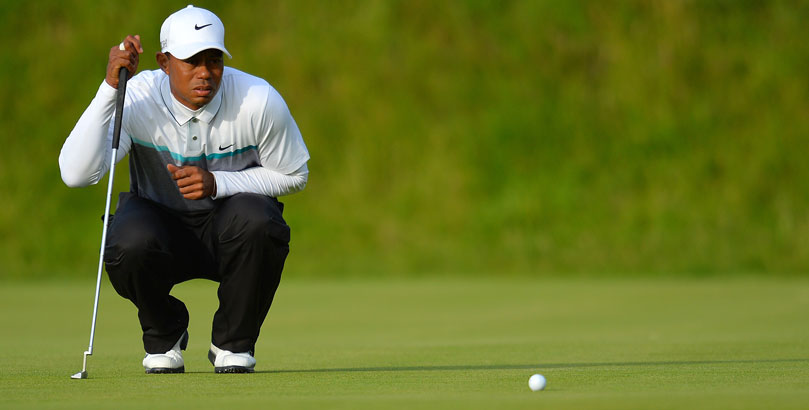 A strong field has assembled for this week’s Memorial Tournament on the PGA Tour, with eight of the world’s top 10 competing in Ohio, Phil Casey writes.

But the time has come to look further down the rankings and put our faith in the world number 83, a 14-time major winner who goes by the name Tiger Woods.

Those of us who thought Woods might never win again have been pleasantly surprised by his form since returning to action following spinal fusion surgery, which was surely the last throw of the dice for the 42-year-old.

Woods has missed just one cut in eight events in 2018 and genuinely contended to win both the Valspar Championship and Bay Hill Invitational, while he charged through the field in the Players Championship before late mistakes resulted in a tie for 11th.

Cutting out such errors will be key to success at Muirfield Village, the home of Jack Nicklaus and named after his favourite Open Championship venue, a par 72 which plays just under 7,400 yards and is regarded as a second-shot golf course.

The former world number one has won five times at Muirfield Village and can be backed in the each-way market at 22/1.

Finishing alongside Woods at Sawgrass was enough for Justin Thomas to replace Dustin Johnson as world number one and the US PGA champion is our second selection at 14/1.

Thomas had a poor record in the event – a tie for 37th followed by two missed cuts – until finishing fourth last year, while his form in 2018 shows nothing worse than a tie for 22nd.

How he copes with his new status remains to be seen, but closing rounds of 68 and 66 at Sawgrass suggest a game moving in the right direction.

Our final selection was also tipped last year and narrowly missed out on a place, Kyle Stanley finishing in a tie for sixth.

Stanley, who was also third at Muirfield Village in 2013, ranks fourth in both driving accuracy and greens in regulation and can be backed in the each-way market at 90/1.

France vs Italy: Les Bleus should be too hot for Azzurri
Italian MotoGP: Marquez backed for Mugello glory
Author