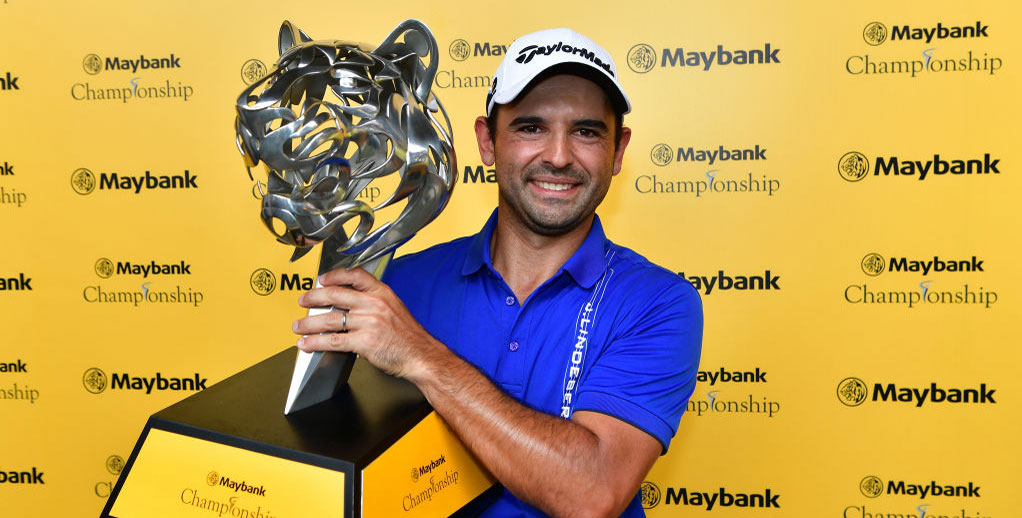 The European Tour moves from the Middle East to the Far East this week, with Saujana Golf and Country Club staging the Maybank Championship, writes Phil Casey.

Australian Marcus Fraser won the inaugural event at Royal Selangor in 2016, although the Malaysian Open was part of the European Tour schedule from 1999 to 2015 and produced some quality winners in the shape of Lee Westwood, Thongchai Jaidee, Louis Oosthuizen, Vijay Singh and Anirban Lahiri.

Last year saw Paraguay’s Fabrizio Zanotti birdie the 15th and 17th and eagle the last in a flawless closing 63 to snatch the title from American David Lipsky.

Henrik Stenson heads the market at 7/1 after two top-eight finishes in the desert, with Dubai winner Li Haotong available at 18/1 alongside Austria’s Bernd Wiesberger, who was third here last year.

However, the first of our Maybank Championship betting predictions is defending champion Zanotti, who is available at 50/1 despite coming into the event in far better form than he did 12 months ago.

Zanotti had missed the cut in all three of his starts in 2017 before arriving in Kuala Lumpur, but this time arrives on the back of a top-10 in Abu Dhabi a fortnight ago. The 34-year-old admittedly missed the record low cut in Dubai, but hopefully the happy memories of last year can lead to a strong title defence.

Our next selection performed much better in Dubai, with England’s Andy Sullivan finishing joint sixth despite a disappointing final round of 72, which featured a costly bogey on the 18th.

Sullivan has not won since the Portugal Masters in 2015, his third victory of the season helping him qualify for the Ryder Cup, but a third round of 63 in Dubai indicated he is getting back to his low-scoring best.

The former Walker Cup star contended for his first European Tour title in Malaysia in 2014 before stumbling to a final round of 78, but also won all three of his matches in the country in 2016’s EurAsia Cup. He can be backed in the each-way Maybank Championship betting at 35/1.

Another player who endured a poor 2017 campaign is the third of our betting tips, with Australia’s Sam Brazel looking to recapture the form which saw him win the Hong Kong Open at the end of 2016.

Brazel’s best finish last season was a tie for 12th in Malaysia but he has started 2018 with decent showings in Abu Dhabi and Dubai and can be backed each-way at 100/1.

And finally, two-time Malaysian Open winner Arjun Atwal is available in the same market at 125/1 despite finishing 10th in Myanmar last week and losing out in a play-off in Mauritius at the end of 2017.