The annual migration to Florida gets under way this week with Palm Beach Gardens the focus for our PGA Tour picks as we study the odds for some Honda Classic predictions.

Chile’s Joaquin Niemann looks to make it back-to-back wins following his hugely impressive victory in the Genesis Invitational, a success which lifted him to a career-high 20th in the world rankings.

Niemann is one of just three top-20 players in the field, along with major champions Louis Oosthuizen and Brooks Koepka, while Australia’s Matt Jones returns to defend the title he won by five shots last year.

However, these are our Honda Classic picks:

Sungjae Im is a worthy favourite after following his 2020 victory with a tie for eighth in his title defence last year, but with that reflected in odds of 13.0, we will head to another former champion for the first of our Honda Classic predictions.

Mitchell was an impressive winner in 2019, making a birdie on the 72nd hole to finish a shot ahead of Koepka and Rickie Fowler, so it is somewhat surprising that he missed the cut 12 months later and was only 53rd in 2021.

However, he did start last year with consecutive 69s and encouragingly comes into this week in solid form with three top-12 finishes from his four starts in 2022.

Mitchell ranks third in strokes gained off the tee this season and 15th in the tee to green category, ideal numbers for a tough course such as PGA National.

The best result of McCarthy’s PGA Tour career came at PGA National last year when he carded rounds of 68, 65 and 67, only being let down by a third round of 74.

One of many players who live near the venue and will enjoy sleeping in their own beds this week, McCarthy ranks 13th in driving accuracy this season and 16th in strokes gained putting.

That useful combination means the 28-year-old, who won the Web.com Tour Championship in 2018, also ranks 10th in scoring average and he has recorded six top-20 finishes so far in the wraparound season.

Knox currently possesses the most strangely consistent form on the PGA Tour, finishing tied for 33rd in each of his last three events.

That might not initially point the way to selecting the Scot as one of our Honda Classic picks, but he started at Riviera with rounds of 68 and 67 and lost out in a four-man play-off at PGA National in 2014.

Knox was also third the following year and ranks third for greens in regulation this season. A hotter week with the putter could make his odds appear generous.

While the presence of all of the world’s top 10 at Riviera made it sensible to look at the top end of the market, a weaker field in Florida means it is worth looking further afield for potential value with the last of our Honda Classic betting tips.

Ryder’s recent form is solid rather than spectacular, but does include a 64 in Phoenix and four rounds of par or better at Riviera.

His tie for eighth at PGA National last year was also highlighted by a second round of 63 and he could reward a small each-way interest with six places available. 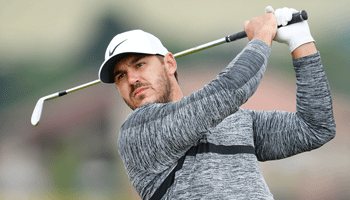 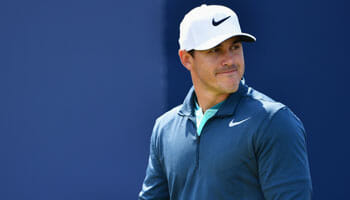