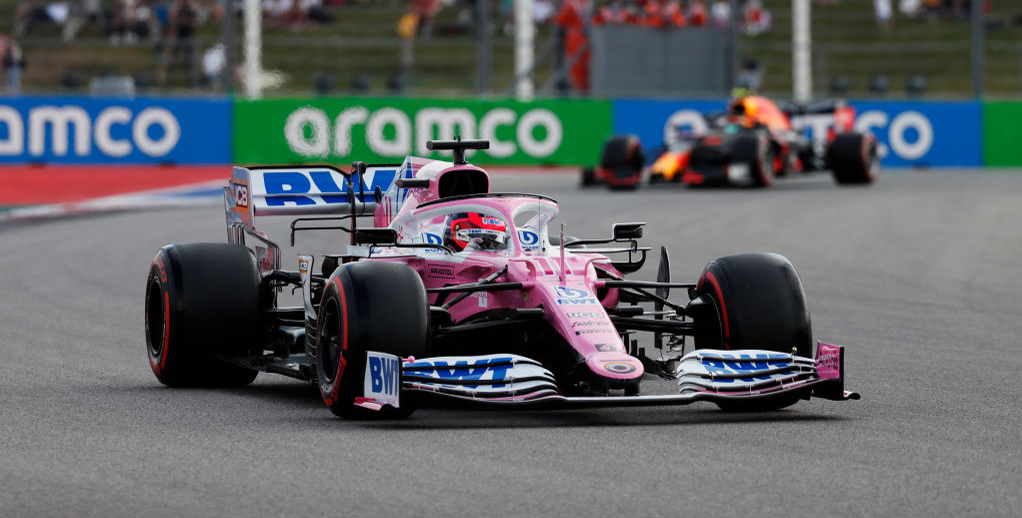 Racing Point have made good progress this year and we’re backing the Silverstone-based team to fare well in our German Grand Prix predictions.

Lance Stroll and Sergio Perez are eighth and ninth in the Formula 1 drivers’ championship, with just one point separating them after eight races.

Bwin are offering a price boost of 9/10 for both to record points at the Nurburgring and that appeals to us from the German Grand Prix odds.

Perez continued his run of scoring in every contest this term when overcoming a slow start to finish fourth in Russia last time out.

The 30-year-old Mexican commented: “We have a strong car this year and I’m enjoying driving it.

“We can go into the next race on a real high and I’m looking forward to getting the upgrade soon and aiming for more great results in the coming races.”

Stroll has failed to finish the last couple of events, but a puncture proved his undoing in Tuscany and he was hit from behind at Sochi, so no blame is apportioned.

After the collision with Charles Leclerc in Russia, he stated: “I’m disappointed that a careless move cost us a potentially good result.

“What’s done is done and I’m ready to focus on coming back stronger in Germany next time out.”

The 21-year-old Canadian had previously made the podium at Monza to complete a run of seven straight races in the points, including fourth place in Hungary and Spain.

Racing Point have shown they have the pace to be competitive this season and just luck in running is required for a points double this weekend.

How the Russian Grand Prix finished

Hamilton fumed: “I’m pretty sure no-one has ever got two five-second penalties for something so ridiculous before.

“I didn’t put anyone in danger, I’ve done this at a million tracks over the years and never been questioned. But it is to be expected. They are trying to stop me.

“Whenever a team is at the front, you face scrutiny. Everything on our car is checked, double checked, triple checked.

“They are also changing rules such as the engine modes, so there are lots of things they are putting in the way to keep the racing exciting. It feels like we are fighting uphill.”

Nevertheless, Hamilton is 1/2 to bounce back and prevail at the Nurburgring, as he seeks to claim his 91st victory to match Michael Schumacher’s all-time tally.

Bottas is available at 3/1 to secure back-to-back wins, with Verstappen 4/1 to repeat last year’s German Grand Prix success, although that was at Hockenheim.

With decent weather forecast for race day and a clean contest on the cards, the big three are expected to dominate again.

Punters can get Evens for Hamilton, Bottas and Verstappen to all finish in the first three in any order and that is added to our German Grand Prix betting tips.

Only two cars failed to complete the course in Russia last month and we like 2/1 for over 17.5 to be classified again in the official FIA end result here.

Portugal vs Spain: Hosts just look superior at present
Bosnia and Herzegovina vs Northern Ireland: Hosts a cut above
Author