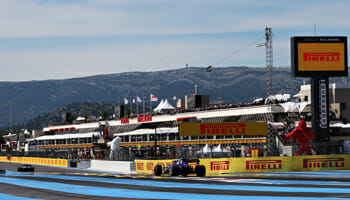 Charles Leclerc’s return to winning ways in Austria has reignited his title charge and the Ferrari driver is taken to build on that in our French Grand Prix predictions.

The Monegasque ended a torrid run of five races decimated by bad luck and poor strategy calls from his team to secure victory for the first time since Australia on April 10.

That win cut defending champion Max Verstappen’s lead at the top of the standings to 38 points as the Red Bull driver was overtaken three times by Leclerc at his team’s home race in Austria.

Verstappen earned a hard-fought victory at Circuit Paul Ricard 12 months ago, passing Lewis Hamilton on the penultimate lap to stand on the top step of the podium, and is 2.2 for another triumph in the French Grand Prix odds.

But Red Bull had no answer to Leclerc’s race pace in Austria and we fancy the Ferrari man to have the edge again this weekend at 2.6.

The Ferrari driver said: “I definitely needed that one. The last five races have been incredibly difficult for myself but also for the team.

“It has been hard race after hard race and it just felt like everything was against me. So to finally show we have the pace in the car and that we can do it, is incredible.”

Carlos Sainz – who clinched his maiden F1 victory at the British Grand Prix – was all set to make it a Ferrari one-two and cap a dominant race for the Scuderia but was thwarted when their engine issues struck again.

The Spaniard was thrown into grave danger when a fire broke out at the back of his conked-out Ferrari.

At the uphill fourth corner of Spielberg’s Red Bull Ring, Sainz was left battling gravity as his car rolled back towards the track. 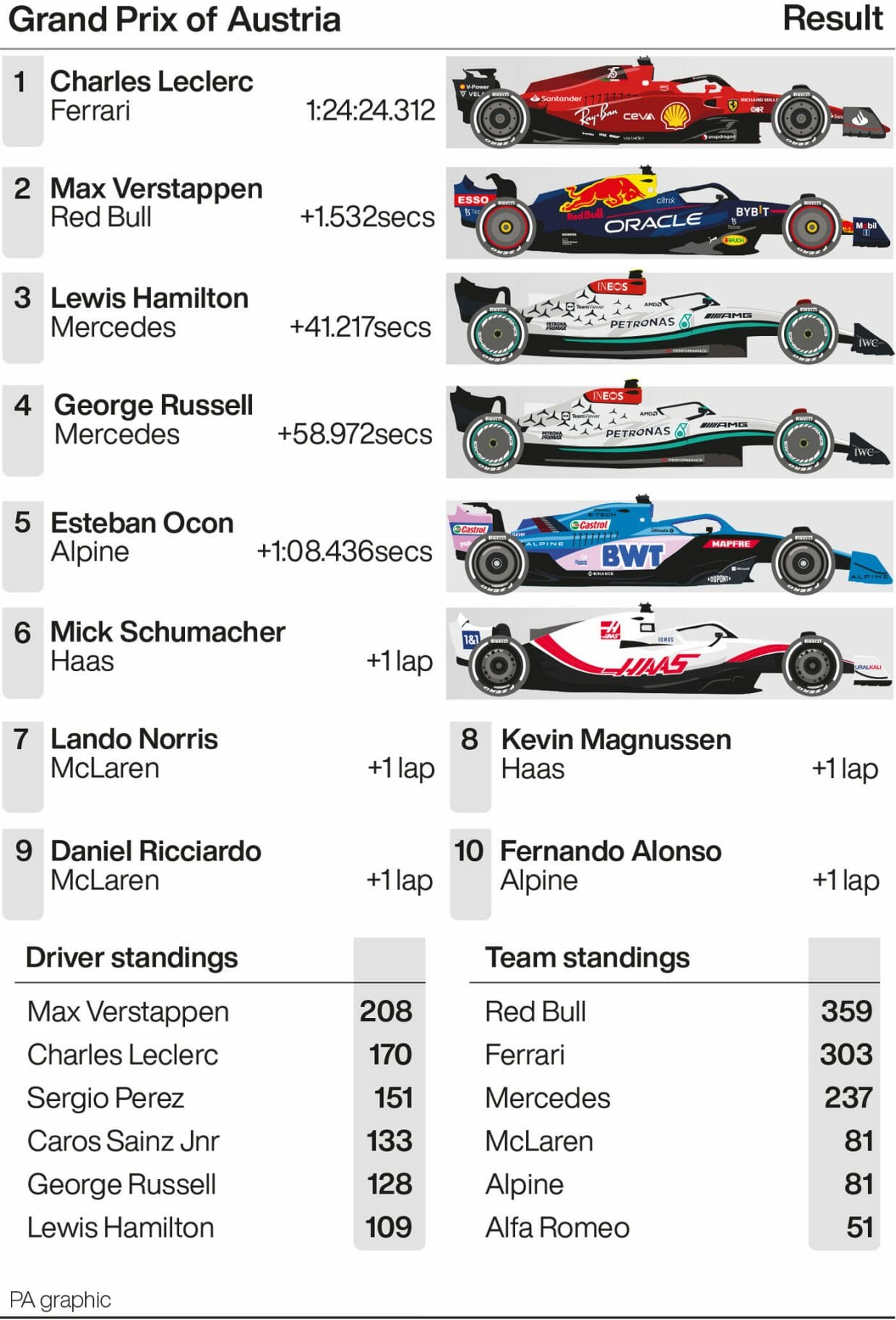 Inside half a minute, Sainz’s car was engulfed in flames.

“It was not an ideal or an easy situation for sure because I could see in my mirrors that my car was catching fire,” said Sainz.

“I was pressing the brake but as soon as I tried to jump out, I didn’t want to leave the car completely free, out of control, and rolling backwards.

“I was calling the marshals to come and help me, to put something on the tyres to stop the car from rolling.

“But the whole process was a bit slow and at some point there was so much fire that I had to get a move on and I had to jump out.”

Sainz’s improved form should breed confidence after a tough start to the season and he can be backed at 15.0.

Mercedes’ season-long struggles were not helped by both cars crashing in qualifying – to the delight of a huge Dutch support backing Verstappen in Austria.

But the team appear to have found consistency and reliability, if not the pace to match the top two teams.

Hamilton claimed an impressive third in Austria with George Russell battling back to fourth despite an opening-lap collision with Red Bull’s Sergio Perez.

Hamilton has said he is confident Mercedes will taste victory this season but they may need to rely on errors and reliability issues for Red Bull and Ferrari for that to happen.

The seven-time world champion will attract interest at 9.0 to end his wait for a win in some French Grand Prix predictions, while Russell’s maiden F1 win is priced at 15.0.

Mercedes team principal Toto Wolff said after Austria: “We always seem to be in two minds at the end of the races right now.

“We must accept P3 and P4. And when you think we had two cars in pieces on Friday afternoon, that’s a strong result.

“But we are missing the two or three tenths to be able to race at the front. We have glimpses of light at the end of the tunnel with the car – then it disappears again and we need to get on top of that.”