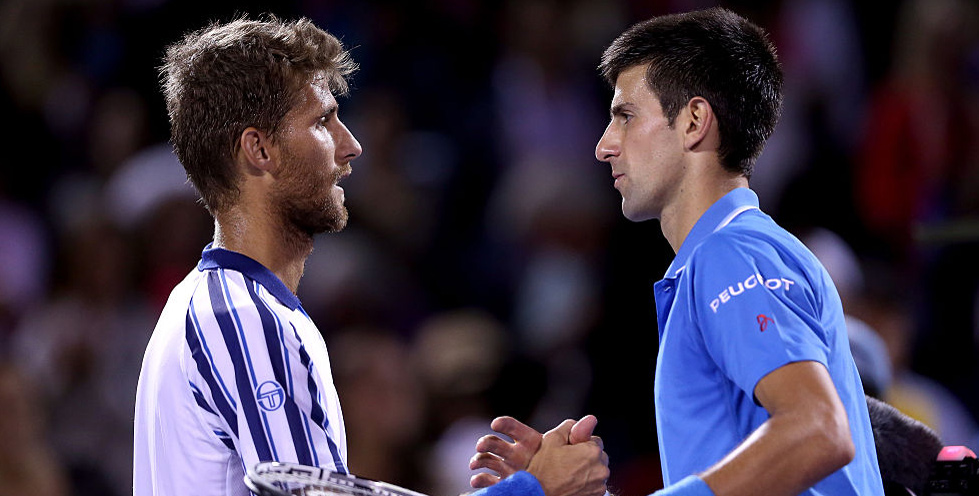 Novak Djokovic goes into the third Grand Slam event of the year with a bit to prove but is fancied to breeze past Martin Klizan in round one at Wimbledon.

The Serbian dropped down to No 4 in the world rankings after losing out to Dominic Thiem in the French Open quarter-finals, having crashed out of the Australian Open in round two.

However, the three-time Wimbledon winner warmed up for a return to SW19 with victory at the Aegeon International in Eastbourne on grass.

He also has a 3-0 record against Klizan and those past encounters suggest 3/4 for under 29.5 games in the match is worth including in our Djokovic vs Klizan betting tips.

Djokovic was given a decent work-out when prevailing 6-3 7-5 in Acapulco earlier this year but displayed his superior class during two 2015 meetings at Masters 1000 events.

Djokovic rarely plays the week before a major tournament but feels his Eastbourne blow-out will be beneficial, especially after adding Mario Ancic to his coaching team.

“I decided to do so this time because I felt like I needed more matches in general,” commented the former world No 1.

“Especially on the grass, which is a unique surface that requires time for adaptation and adjustment, especially for the movement.

“I felt like this time I needed a proper tournament rather than just playing a couple of exhibition matches.

“I’m glad I’ve made that decision, and that I went to Eastbourne, because it was a very positive experience on and off the court as well.

“It was a great week with a lot of good, positive energy. A lot of time spent on the practice courts, four quality matches. Just overall, I’m very happy with the way it went, and where my form is at.”

That spells bad news for Klizan, who has secured five career titles, three on clay and two on hard courts.

The 27-year-old retired towards the end of the first set in his opening match in Turkey last week and has won only once in five previous visits to Wimbledon.

The Slovakian did take a set off Rafael Nadal here in 2014 but we’re still eyeing 3/4 for his opponent to romp in by more than 8.5 games from the handicap section of the Djokovic vs Klizan ods.