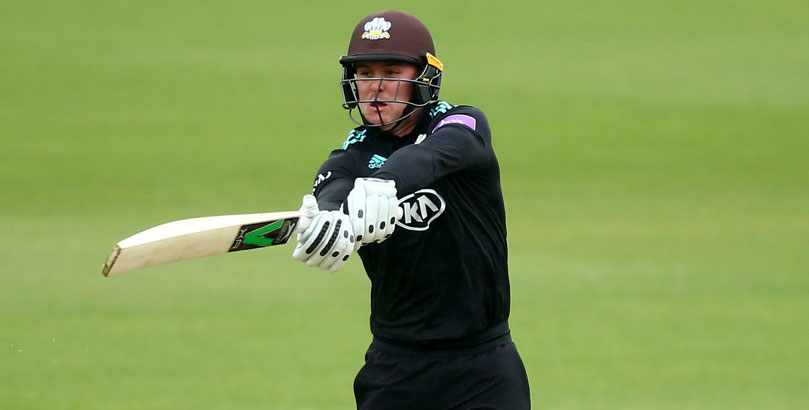 Surrey are the 8/1 favourites to win the 2017 NatWest Twenty20 Blast and end a 14-year wait to regain the trophy.

The Brown Caps won the inaugural Twenty20 Cup in 2003, beating Warwickshire in the final, and have since finished runners-up in 2004 and 2013. Looking at the quality and balance in their squad, they are our fancies in the NatWest Twenty20 Blast betting to go all the way again this summer.

Mark Stoneman and Jason Roy will be charged with getting their side off to a flying start at the top of the order, providing the platform for the likes of Australians Aaron Finch and Moises Henriques as well as former England skipper Kevin Pietersen in his final season of county cricket.

Ben Foakes is one of the most promising wicketkeepers in the country and their bowling attack is the best around, containing an array of variations.

The Curran brothers – left-armer Sam and right-arm Tom – Jade Dernbach, Ravi Rampaul, Mark Footitt, Matt Dunn and Stuart Meaker are the pace options while they have spin in the form of skipper Gareth Batty and Scott Borthwick.

Surrey’s squad on paper should be challenging for the trophy, but they will face strong competition from the likes of Nottinghamshire (9/1), Hampshire (10/1), and Middlesex (11/1).

Nottinghamshire are one of eight counties not to win a Twenty20 title despite having the players to do so. Add New Zealand spinner Ish Sodhi and Australian batsman Dan Christian to a squad which already includes Alex Hales, Michael Lumb, Samit Patel and Jake Ball, and they look like the best outfit in the North Group.

Their confidence will have been boosted by their Royal London One Day Cup success, with Hales highlighting his ability by smashing 187 not out in the victory over Surrey at Lord’s on Saturday.

“We had our first T20 training session in Nottingham and the guys were buzzing around,” said Hales. “We’ve got over the hangover of Saturday and the guys are full of energy.”

Yorkshire are joint-second favourites in the NatWest Twenty20 Blast betting but seem to lack the power-hitters to mount an assault, especially if Jonny Bairstow is away on England duty.

Punters looking for an underdog could do a lot worse than 20/1 shots Leicestershire, who are the most successful county in the sprint format with three titles. Holders Northamptonshire, who also triumphed in 2013 as well as last year, can be backed at odds of 12/1 in the outright betting.

Italy U21 vs Germany U21: Azzurri facing another defeat
Women’s Cricket World Cup: Aussies to edge out England
Author