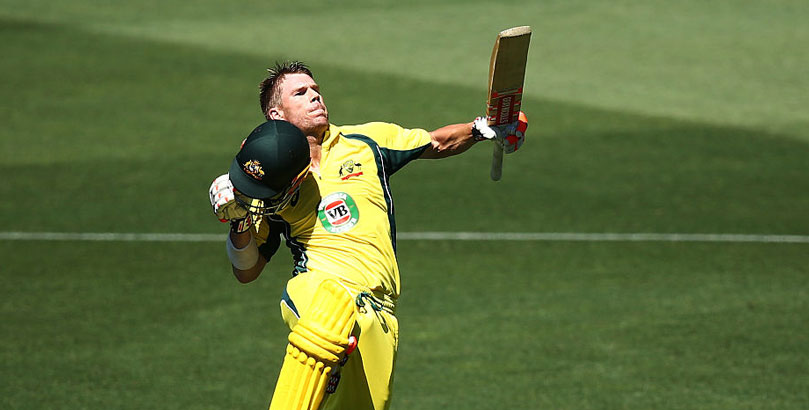 Hosts England go into the ICC Champions Trophy as slight favourites for outright success but we’re backing Australia to come out on top.

The 2015 World Cup winners are seeking a record third success in this competition, having prevailed in 2006 and 2009, and have the right blend of players to suit expected conditions at this year’s renewal.

The Aussies have arguably the best batsman in one-day cricket in the form of dashing opener David Warner while Steve Smith takes a more measured approach but so often holds an innings together.

Warner has hit an incredible eight ODI centuries over the past 12 months and will be fired up to improve on a moderate record when playing in England.

The 30-year-old recently topped the scoring charts in the Indian Premier League, striking 641 in 14 games to be almost 150 clear of the chasing pack, while Smith was fourth in that table.

On the bowling front, Australia will be excited by the prospect of having Mitchell Starc, Josh Hazlewood, Pat Cummins and James Pattinson all fit at the same time.

Starc, in particular, should enjoy the prevailing conditions, with his ability to swing the ball expected to prove a lethal weapon.

Australia headline our ICC Champions Trophy betting tips at 3/1 for outright success and can be backed at 17/10 to top Group A, which also features England, New Zealand and Bangladesh.

England have earned the right to head the market on home turf thanks to some strong results over the past year or so but Monday’s loss to South Africa did possibly highlight how their batsmen only have one style of playing.

The Proteas should benefit from competing in a trio of games against the Three Lions and appeal at 7/5 to win Group B, having made good progress throughout those warm-up matches.

India’s awesome batting line-up obviously has to be respected but putting so much store in the domestic IPL tournament may make it difficult to peak again so quickly at this event.

Pakistan and Sri Lanka complete the line-up, with both more than capable of causing an upset on a good day but lacking in consistency.