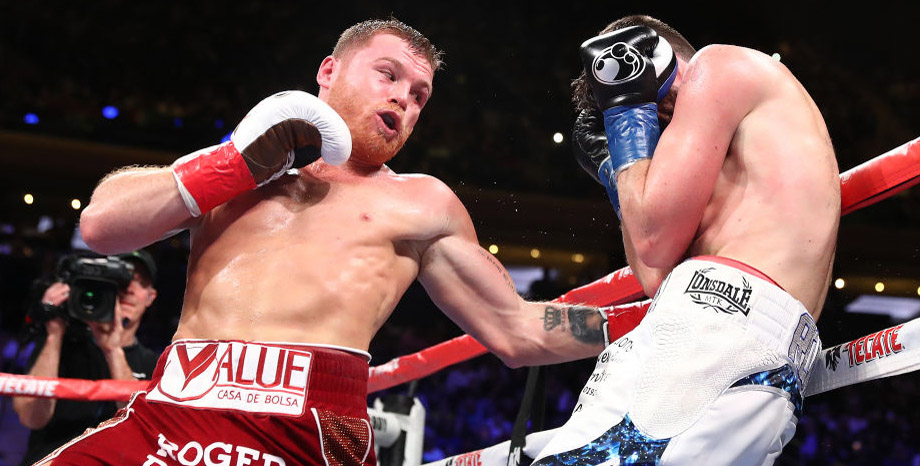 Saul Canelo Alvarez is the box office star of this weekend’s middleweight unification bout with Daniel Jacobs and that can help him land a points victory.

The Mexican, who boasts a massive following, puts his WBA and WBC belts on the line, while American Jacobs is the current IBF champion.

However, it is the former selling all the tickets and pay-per-view clicks, so 83/100 he gets the decision after 12 hard-fought rounds is our main Canelo Alvarez vs Daniel Jacobs prediction.

Canelo is coming off a comfortable third-round win over Britain’s Rocky Fielding at super-middleweight but now comes back down to his more natural 160lbs division.

The 28-year-old, from Guadalajara, has only lost to modern-day legend Floyd Mayweather in 54 professional fights, although he did lead a charmed life in two bouts with Gennady Golovkin.

Alvarez escaped with a draw after looking second best in their first meeting and then shaded a majority decision following a tight tussle in last September’s rematch.

As the poster boy for the lucrative Mexican market, it was no surprise to see Canelo favoured in that way against the pride of Kazakhstan.

Jacobs is well aware of that factor, too, and he may have to live up to his nickname Miracle Man to leave Las Vegas with all three world titles if this clash goes the distance, as expected.

“There’s a part of me that believes that I’m fighting with the judges as well as Canelo and history tells you that,” declared the 32-year-old on Sky Sports.

“He got what he wanted against GGG in two fights and you can also look at some of the cards he got against [Erislandy] Lara and [Miguel] Cotto too.

“Even against Floyd, one of the judges gave it a draw. That’s what I’m up against.”

Jacobs commands plenty of respect within the industry, having followed up four Golden Gloves championships as an amateur by becoming a two-time middleweight world champion.

His career was almost cut short by cancer back in 2011, but he had the mental fortitude to overcome that battle and return to the ring better than before.

However, he was on the wrong end of a unanimous decision when beaten by Golovkin a couple of years ago, being floored in the fourth round and having to hold on in the latter stages.

Canelo does not hit as hard as Golovkin, so Jacobs is expected to go the distance again, but the Mexican’s work-rate is strong and he can catch the judges’ eyes.

Punters can get 1/2 for this fight to go the full rounds and that will attract plenty of big hitters in the Canelo Alvarez vs Daniel Jacobs betting tips.

Stoke vs Sheff Utd: Blades to stay sharp for final test
How to register with bwin in three easy steps
Author