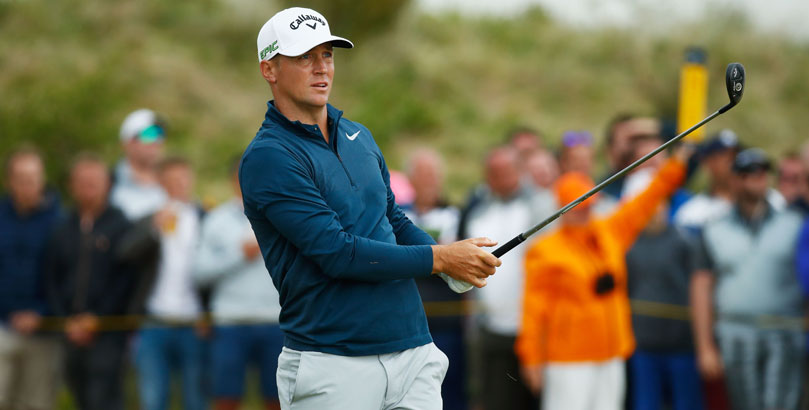 After Adrian Otaegui gave us a third winner in five weeks in Belgium, attention turns to one of the European Tour’s flagship events, the BMW PGA Championship, Phil Casey writes.

The West Course at Wentworth hosts the event for the 35th year in succession, although it did undergo major changes following Chris Wood’s victory in 2016.

All 18 greens were stripped of their old turf and reseeded with a new type of grass, with the greens on the eighth, 11th, 14th and 16th completely rebuilt and another five – the third, fourth, fifth, 12th and 15th – partially rebuilt.

A sub-air system as used at Augusta National was also installed, while all of the bunkers were redesigned and a total of 29 removed.

Sweden’s Alex Noren triumphed last year thanks to a stunning course record of 62 in the final round and will be part of the staking plan, but first choice is England’s Andrew Johnston.

Johnston hit the headlines following his Spanish Open win in 2016, when he admitted he could not wait to get home and get “hammered” with his mates, and has certainly cashed in on his nickname “Beef” and popularity with fans.

It’s hard to blame him for doing so, but it’s equally hard to think his mind wasn’t fully focused on the job, a feeling borne out by the fact he recorded just one top-10 finish – a tie for 10th in Puerto Rico – in 2017.

However, Johnston has enjoyed a far more successful campaign in 2018, missing just one cut so far and enjoying recent form figures of 12-2-12. Add in the fact that he was seventh at Wentworth in 2016 and 21st last year and he makes an attractive each-way selection at 50/1.

As promised, next up is defending champion Noren, who plays his first regular European Tour event of the year after concentrating on the PGA Tour until now.

The world number 19 has done so with considerable success, losing a play-off to Jason Day at Torrey Pines, finishing third in the Honda Classic and Dell Match Play and 17th in the Players Championship.

His form at Wentworth was something of a mixed bag before last year, but does include two other top-10 finishes and he can be chanced at 14/1.

And finally, Tyrrell Hatton can be backed in the each-way market at 33/1 as he looks to make it six wins for English players in the last 10 years.

Hatton’s form has fallen off somewhat since two top-three finishes earlier in the year, but this week marks the start of a new working relationship with caddie Mark Crane, who was on Chris Wood’s bag for his 2016 victory.