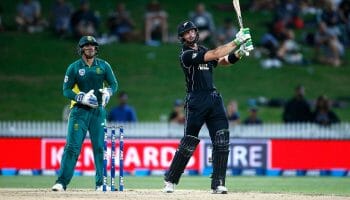 Australia and New Zealand have been evenly matched in ODIs over recent years, so there could be some value in backing the Kiwis to prevail in Friday’s ICC Champions Trophy clash.

Each team has won half of their last 10 completed encounters in this sphere, with the Black Caps buoyed by victories in Auckland and Hamilton earlier this year.

That makes 7/5 for the underdogs fair value for Edgbaston success in the Australia vs New Zealand odds.

New Zealand warmed up for this game in fine style when beating Sri Lanka by six wickets in Birmingham, passing a target of 357 with almost four overs to spare.

“We’ve now got to come out on Friday, make sure we’re fully prepared and play fantastically well,” said opener Martin Guptill, who hit 116 in that victory.

“It’s always good playing against Australia, it’s a great rivalry and they are always massive games, so everyone’s looking forward to it.

“It’s a bit different playing at a neutral venue, but hopefully there will be some Kiwis and some Australians come along and we get a great atmosphere.”

The current New Zealand side is not quite as gung-ho as the one led by Brendon McCullum to the 2015 World Cup final, but Guptill, Kane Williamson and Ross Taylor are all capable of scoring big runs.

Guptill has only been outscored by David Warner in ODI cricket over the past couple of years, while Williamson has an average of almost 46 in this format.

With Taylor hitting a ton in the last encounter with Australia back in February, the Kiwis’ top order can go into the match full of confidence.