Vancouver have enjoyed a bit of a resurgence of late but may find Boston a tough nut to crack when they clash at Rogers Arena.

The Bruins showed their experience in key moments when beating the Canucks 3-2 at home late last month and are taken to repeat the trick in Canada.

We’re happy to take 2.00 for an away victory in regular time to start off our Vancouver Canucks vs Boston Bruins predictions.

Vancouver had lost four in a row and nine out of 10 after that reversal at TD Garden but will be happy with how they have responded since.

The Canucks made it three wins from four subsequent outings thanks to Monday’s 4-0 triumph over Los Angeles at this venue.

Bruce Boudreau celebrated his first match as head coach with a commanding victory as Thatcher Demko made 31 saves.

“Good goalies make good coaches,” said Boudreau, who replaced Travis Green on Sunday. “He’s been playing good all year, so it’s good he got rewarded with a shutout.”

Brock Boeser and JT Miller both scored a goal and an assist to leave Boudreau delighted with his debut in charge.

“They’ve got to start believing that they’re good players and, when they do that, they’ll be fine.”

Our only concern is that Vancouver have beaten a trio of modest opponents in Montreal, Ottawa and the Kings.

In between, there was a 4-1 loss to more formidable foes in Pittsburgh, so we’re still content to take the Canucks on at this point.

Looking at the 7.00 for Boston to prevail by two goals.

Goals from Charlie Coyle and Curtis Lazar helped the Bruins to battle back from 2-0 down to draw in regulation play.

Despite some notable absentees, they outshot Tampa 39-25 and were a touch unlucky to be on the wrong end of a wicked deflection.

“I think our guys played real well,” said assistant coach Joe Sacco. “Even when we were down, we were playing a good, solid game and I thought the process was good.

“We played hard. We competed. Really, nobody took the night off. We had everybody on board and it was good to see.

“Unfortunately, we don’t get the end result, the extra point, but we can build off that game, for sure.”

Boston had previously put together a fine 6-3-0 sequence and now getting Brad Marchand back from suspension will be a big boost.

The Bruins generally start well, leading 21-14 in first-period goals, whereas Vancouver are down 13-23 during that stanza.

Let’s finish off our NHL predictions for this match by taking 5.00 for Boston to be 1-0 ahead after the opening 20 minutes. 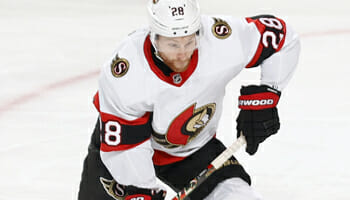 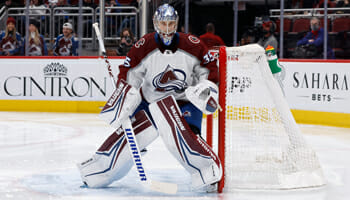 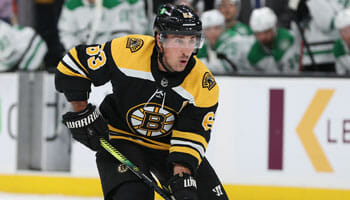