The CONCACAF Gold Cup quarter-finals conclude with arguably the pick of the last-eight matches when the United States face Jamaica.

At least one of these teams have reached each of the last eight finals and this is a repeat of the 2017 showpiece, which the USA won 2-1.

This American team does not look as strong, though, and we’re backing the Reggae Boyz to get through at 10/3 as our opening USA vs Jamaica prediction.

A Look At USA’s Betting Odds

The United States failed to build on an early strike as they laboured to a 1-0 victory over Haiti in their opening match but a 6-1 thrashing of Martinique was more impressive.

A 1-0 win against Canada thanks to a Shaquell Moore goal after just 20 seconds then proved enough to clinch top spot in Group B and ensured they avoided Mexico in the quarter-finals.

This is certainly not a vintage team, especially in the absence of Christian Pulisic, and the loss of veteran defender Walker Zimmerman is a blow.

But there is a decent amount of attacking talent on show and looking at the USA vs Jamaica odds, both teams to score appeals at 19/20.

A Look At Jamaica’s Betting Odds

Jamaica also won their opening two matches as a 2-0 win against Suriname was followed by a 2-1 victory over Guadeloupe.

Coach Theodore Whitmore rotated his squad for the final group game but they were still the better team for long periods against Costa Rica, who scored with their only shot on target.

Key players will return refreshed for the quarter-final and there is a lot to like about team with Andre Gray leading the line while Bayer Leverkusen winger Leon Bailey will be out to show why he has been linked with a summer move to Aston Villa.

Jamaica have a poor record in recent meetings with the USA, including a 4-1 defeat in a friendly in March, but the team they will be up against here is not as threatening.

Let’s go for the Reggae Boyz to win and both teams to score at 10/1 as our final USA vs Jamaica prediction. 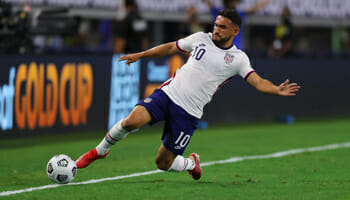 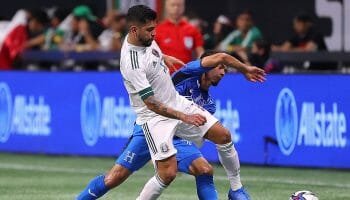 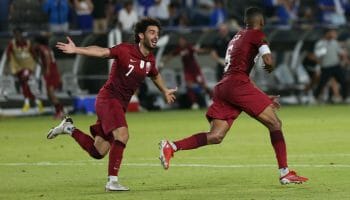