Jose Mourinho has a great record in the EFL Cup and that makes Tottenham hard to oppose when they visit Stoke in this season’s quarter-finals.

The Spurs boss lifted this trophy three times during two stints with Chelsea and again prevailed when in charge of Manchester United.

We’re taking 27/20 for an away win by more than one clear goal for our first Stoke vs Tottenham prediction.

Stoke have already upset a couple of Premier League teams in this competition, securing 1-0 victories over Wolves and Aston Villa.

They are also going along nicely in the Championship, with Saturday’s success against Blackburn at this venue leaving them seventh in the table.

Nick Powell’s early header opened the scoring versus Rovers before the Potters defended valiantly to secure the win.

Michael O’Neill commented: “It was a hard-earned and a welcome win. The players showed spirit and character.

“We defended really well when we had to do. Players know what to do in the right area, they work hard and we have a good shape.

“There’s been a lot of disruption to the team and yet we have still been consistent with our defensive work.

“In terms of spirit and determination to hold on and to win the game, we couldn’t ask for more.”

However, we’re just concerned by Stoke’s form against some of the better Championship teams, with top-10 outfits Norwich, Bristol City and Cardiff beating the Potters on home turf.

Tottenham have to bounce back from successive Premier League losses to Liverpool and Leicester, which have seen them fall from first to fifth in the table.

However, Spurs had chances to win at Anfield before conceding a stoppage-time decider, while an own goal and a penalty proved their undoing versus the Foxes.

Reflecting on Sunday’s defeat, Mourinho felt the key moments went against his team, lamenting a superb Kasper Schmeichel save from Son Heung-min.

He did, though, tell Spurs TV: “There were empty spots on the pitch where the attitude, the pressing, the intensity was not there and the team was suffering that.”

Those words suggest he will push for a positive response in this tie and Tottenham’s overall away form this term is solid.

They have won four Premier League games and three Europa League fixtures on the road.

Lucas Moura has caught the eye on several occasions in European matches and may get another chance to shine here.

Let’s go with the 28-year-old Brazilian to score last at 9/2 to finish off our Stoke vs Tottenham betting tips. 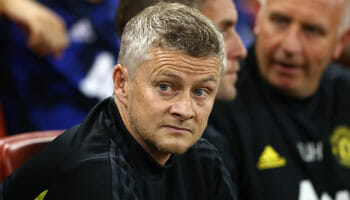