Sporting and Porto have each claimed 16 cup triumphs in Portugal but we’re siding with the Lisbon-based outfit to shade this season’s decider on Saturday.

Marcel Keizer’s men were unlucky to lose out in last weekend’s league clash between these teams and are rated a value bet to gain ample compensation here.

Snapping up 3/2 for the underdogs to lift the trophy looks the way to go for our opening Sporting vs Porto prediction.

Sporting were reduced to 10 men following the 20th-minute dismissal of full-back Cristian Borja when visiting Porto in the closing round of Primeira Liga fixtures.

However, they still managed to hit the front through red-hot Brazilian forward Luiz Phellype on the hour mark, before eventually falling to a tough 2-1 defeat.

Despite that result, Sporting will take plenty of heart from a gutsy performance, with January signing Phellype making it eight goals in as many games.

Dutch forward Bas Dost is another attacking threat, while Bruno Fernandes is being linked with a big-money move to Manchester City after netting 20 times in Portugal’s top flight this term.

Looking at the Sporting vs Porto odds, we like 12/1 for the Lions to oblige 2-1 in normal time.

Sergio Conceicao’s side still had to settle for second best in the title race behind Benfica, although they did finish 11 points clear of third-placed Sporting.

Porto were impressive in their Champions League group this season, picking up five wins and a draw, prior to shading Roma 4-3 on aggregate in the first knockout round after extra-time.

However, they were crushed 6-1 by Liverpool over two legs last month and then only drew with Rio Ave to fall behind Benfica.

Highly-rated defender Eder Militao is bound for Real Madrid this summer and there is a strong spine to this side, including Herrera, Pereira, Yacine Brahimi, Moussa Marega and Vincent Aboubakar.

Several of those players are approaching veteran status, though, and this contest, which they have not won since 2011, comes at the end of a long, tiring campaign.

We’re sticking with 25/4 for the Lions to win and both teams to score to complete our Sporting vs Porto betting tips. 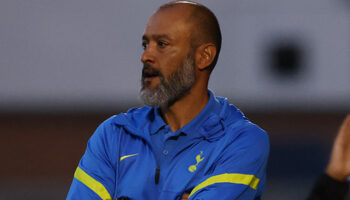