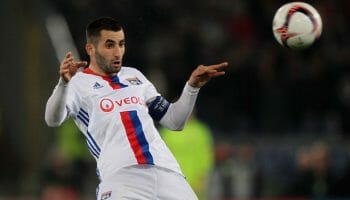 Lyon and Besiktas have both impressed in the Europa League knockout rounds after dropping out of the Champions League and their quarter-final tie is expected to be an entertaining tussle.

The French outfit go into this showdown as 3/1 second favourites for outright glory, behind 27/20 market leaders Manchester United, after netting 16 times in four games in this competition.

The visitors are no mugs, however, and the first of our Lyon vs Besiktas betting tips is to take 7/4 for the home side to win the opening leg and both teams to score.

Lyon were far from disgraced when having to settle for third place behind Juventus and Sevilla in their Champions League group, with home and away wins over basement dwellers Dinamo Zagreb helping them to claim a respectable eight points.

Easing down to this level has been a blessing in disguise, though, with an 11-2 aggregate rout of AZ Alkmaar followed by a thrilling 5-4 success over Roma, which was set up by a 4-2 triumph in France.

However, Saturday’s 4-1 home loss to Lorient left Lyon with just one win in their last four Ligue 1 fixtures and they have only kept two clean sheets in 13 matches, so everything points to this being another open contest.

Besiktas are five points clear at the top of the table in Turkey after Saturday’s 4-3 success at Trabzonspor, with Atiba Hutchinson hitting a last-minute winner as they stretched their unbeaten run in all competitions to 11 matches.

Third place behind Napoli and Benfica in Group B of the Champions League was a fair effort and they really should have done better after picking up a win and three draws when meeting those teams. It all fell apart when they had two players sent off and were hammered 6-0 at Dynamo Kiev in the final round of fixtures.

If Besiktas can keep their composure here, then this could be an exciting tie, with Ryan Babel, once an £11.5million capture for Liverpool from Ajax, looking a shrewd recruit since joining from Deportivo La Coruna in January.

Babel can be backed at 9/4 to score at any time here.