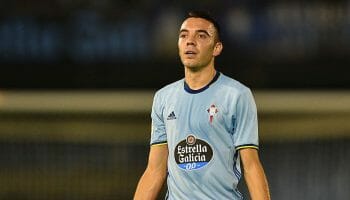 Former Manchester United assistant coach Albert Stuivenberg has made a strong start to his reign as Genk manager and will be hoping that continues when visiting Celta Vigo in the Europa League.

The Belgian outfit go into the first leg of this quarter-final tie having won eight of their 15 games since the winter break, including a 5-2 triumph at Gent in the last round.

The visitors have netted at least twice in seven straight away games in this competition, so the first of our Celta Vigo vs Genk betting tips is to take 19/20 for both teams to score.

Celta Vigo haven’t exactly established Balaidos as a fortress in the Europa League, winning just two of their five previous fixtures at this venue and relying on some decent away performances to progress this far.

However, they have won nine times here in La Liga this season, with the highlight being a 4-3 defeat of Barcelona back at the start of October.

Eduardo Berizzo’s side also drew 2-2 at home to Real Madrid when knocking them out of Copa del Rey and they boast the fourth top scorer in Spain this term in Iago Aspas. The former Liverpool recruit has netted 22 times in all club competitions, as well as hitting the target for Spain in November’s 2-2 Wembley draw with England.

A Look At Genk’s Betting Odds

Genk did well to top a group that contained Athletic Bilbao, but that wasn’t enough to save Peter Maes from the axe following a disappointing run of domestic results in the Jupiler League.

Stuivenberg, who led Holland to European Under-17 Championship successes in 2011 and 2012 before joining Louis van Gaal at Old Trafford, has since helped them to improve in that competition, with Tanzania’s Mbwana Aly Samatta catching the eye up front.

The 24-year-old also bagged a brace in the away leg as Genk hammered Tottenham’s surprise conquerors Gent 6-3 on aggregate and could be a value bet at 9/4 to get on the scoresheet in Spain.