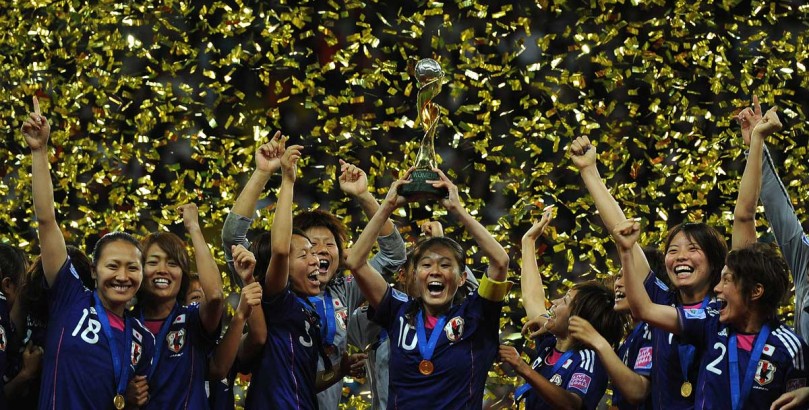 Football fanatics suffering from withdrawal symptoms upon the final whistle of the Champions League final will not have long to wait for their next dose of intrigue.

If Juventus’ clash with Barcelona goes into extra time there will be but minutes between its conclusion and the start of the 2015 Women’s World Cup in Canada.

China are 6/1 underdogs to spoil the hosts’ opening night party at Edmonton’s Commonwealth Stadium, with the Canadians 1/2 favourites for victory.

This year’s renewal is just the seventh time that the trophy has been played for and the biggest tournament to date, following its expansion to 24 teams from 16 in 2011.

Luckily, news.bwin.com are on hand with a graphical history of the Women’s World Cup in numbers, to make sure punters are steeped in context ahead of the big kick-off.

As alluded to above, part of the great appeal of the Women’s World Cup is that many of its legends are still in action.

The likes of Brazil’s Marta and Formiga, Abby Wambach of the USA, Germany goalkeeper Nadine Angerer and Japan skipper Homare Sawa of Japan are all titans of the sport that will be in action in Canada.

USA are 11/4 to win the whole thing, with fellow dominators of the women’s game Germany not far behind in the reckoning at 4/1.

France (6/1), Brazil and reigning champions Japan (both 8/1) round out the top five in the outright betting ahead of the opening paragraph on Saturday.

Whoever gets to the final, the prospects of it being a nailbiter are fairly high if the annals are any guide – three of the last four have gone into extra-time, with two ending in penalties and the third settled by a golden goal.

Juventus the masters in set-piece scrap with Freekickerz
The 2014/15 Report Card: Kane has company for Tottenham top marks as wingers flop
Author

England Women vs USA Women: Lionesses to roar in Lyon