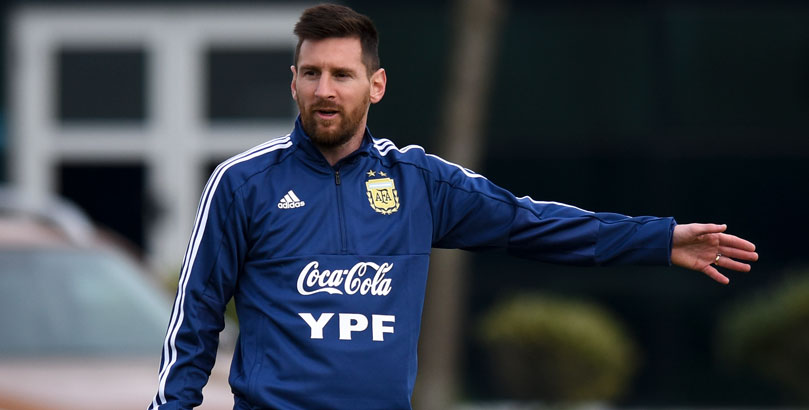 Argentina are 3/1 to win the Copa America and finally give Lionel Messi the international trophy he craves.

The Barcelona playmaker has suffered nothing but disappointment on the world stage, finishing as a runner-up in the Copa America three times and World Cup once.

That last of those Copa America heartaches came in 2016, when Messi missed a penalty as Argentina lost in a shootout to Chile, leading to his temporary international retirement.

And with great rival Cristiano Ronaldo guiding Portugal to the Nations League on Sunday night, having also won Euro 2016, 31-year-old Messi will be determined to follow suit.

Argentina have won the tournament 14 times, but not since 1993, and forward Sergio Aguero is keen to end that run and give Messi some joy.

“I’m more anxious to be a champion for Messi than for me. Hopefully one day it happens,” he told Fox Sport Argentina.

“It’s his dream and everyone’s dream. I put myself in his place and I want to try to do my best for him to lift the Copa America.

“It’s been a long time that he comes here and he suffers. I also suffer. We know what he can bring and the rest have to be mentally prepared not to fail.”

Brazil are the 5/4 favourites to win their ninth title on home soil.

But they will have to do so without star man Neymar, who has been ruled out of the competition with an ankle injury.

However, the Samba Boys started life without the Paris St Germain forward in style on Sunday with a thumping 7-0 win over Honduras.

Japan and 2022 FIFA World Cup hosts Qatar, at odds of 40/1 and 66/1 respectively, are the two non-CONMEBOL nations participating in the competition.