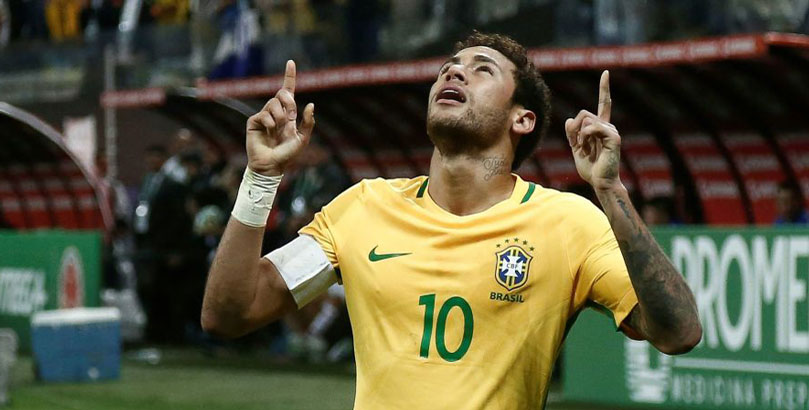 It may feel like a quiet summer football-wise but the Confederations Cup looks set to provide a tantalising glimpse of the next generation of international stars. We have looked back over the tournament’s history and discovered players who have an early taste of success here usually go on to have stellar careers.

We looked at the starting line-ups in every Confederations Cup final and identified 11 players in its history who had been on the winning side while under 23 years old. These are the stars who took their chance and impressed enough to be trusted at a young age and most went on to reach the top of the game. On average they have racked up an impressive 74 caps for their respective national sides to date and they have all secured at least one league winner’s medal during their club career.

The first to do so was Atletico Madrid boss Diego Simeone, who started the first Confederations Cup final back in 1992 for Argentina. He went on to amass more than 100 caps – one of three players in this list to do so – and finished his playing career with 10 trophies for club and country, most memorably perhaps an Italian league and cup double with Lazio.

A far less satisfying statistic for Simeone will be the fact the list is dominated by players from Argentina’s great rivals. Brazil’s success in this tournament means six of the 11 names on the list hail from there, including the legendary Ronaldo – who ended up two caps short of a century – and Neymar, who was voted the player of the tournament last time around. The Barcelona star has already accumulated 77 caps – and an eye-watering 52 goals – for Brazil despite having only turned 25 this year.

In addition to enjoying successful careers after a young starring role at the Confederations Cup, it also seems to have prepared them for a strong performance in the next major international tournament they entered. Apart from the French players on this list, whose early careers coincided with a difficult period for their national team, everyone reached at least the quarter-final stage of the following tournament and featured in four or more of their team’s matches.

So who should we be keeping an eye on at this year’s tournament as a potential star of the future? There are three teams who are standout favourites to reach the final: Germany, Portugal and Chile, although the South Americans look set to take an experienced squad containing little in the way of young talent. However, the Germans boast Bayern Munich’s Joshua Kimmich and Leipzig’s Timo Werner – both breakout stars in the Bundesliga and already obvious choices for the national side, with Kimmich having already represented his country 13 times. While striker Werner has only been capped once to date, his prodigious goalscoring record this season makes him almost certain to be given a chance at this tournament.

Portugal, meanwhile, have their own impressive pairing who we’ll definitely be keeping an eye on. Monaco’s Bernardo Silva has already accumulated a dozen caps and has caught the eye of none other than Pep Guardiala, who will be bringing him to Manchester City this summer. The Portuguese squad also contains Porto’s Andre Silva, who has already netted six times in seven games for the national side in addition to four Champions League goals this season.