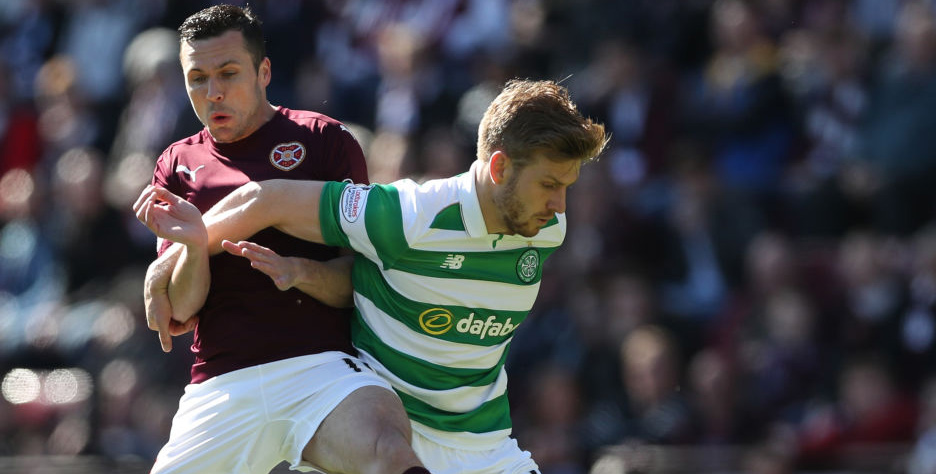 Celtic will start the new Scottish Premiership season in good spirits after their midweek Champions League success and are hard to oppose when hosting managerless Hearts on Saturday.

We tipped the Hoops to win 1-0 at Rosenborg in our preview of Wednesday’s match and are happy to play up those winnings on another clean-sheet victory.

Punters can get 83/100 for the title holders to win to nil and that kicks off our Celtic vs Hearts betting predictions.

Scott Sinclair was the Jambos’ chief tormentor, scoring six of those goals, including an Edinburgh hat-trick in April.

The Hoops do have early issues up front, though, with goalscorer James Forrest initially used as a makeshift centre-forward in Norway this week due to injury problems for Moussa Dembele and Leigh Griffiths.

Brendan Rodgers hailed his side’s self-belief after the win in Trondheim, stating: “It was a big performance. Take away the win, what was important for me was the maturity.

“To come out here and play to that level, with that composure – everyone was talking about the pressure of the game, so to play that way was sensational, really.”

Everything points to a clinical, rather than spectacular, success against the Jambos, so we like 29/20 for 1-0, 2-0 or 3-0 from the Celtic vs Hearts odds.

Hearts finished a moderate fifth last term and begin the new league campaign under a cloud following this week’s dismissal of head coach Ian Cathro after seven months in charge.

The 31-year-old rookie boss brought in Northern Ireland striker Kyle Lafferty and Scotland defender Christophe Berra during the summer but was axed after a surprise early exit from the League Cup.

After beating Elgin City and East Fife, the Jambos went down 2-1 at League Two Peterhead and lost out to Dunfermline on penalties.

Former Dundee United and Rangers striker Jon Daly takes charge for this game and will be keen to make a good impression, but he could hardly have been handed a tougher test.

The Hoops have scored between 15:01 and 30:00 minutes in four of the past six encounters with the Jambos, so 37/20 for a home goal in that period completes our Celtic vs Hearts betting tips.