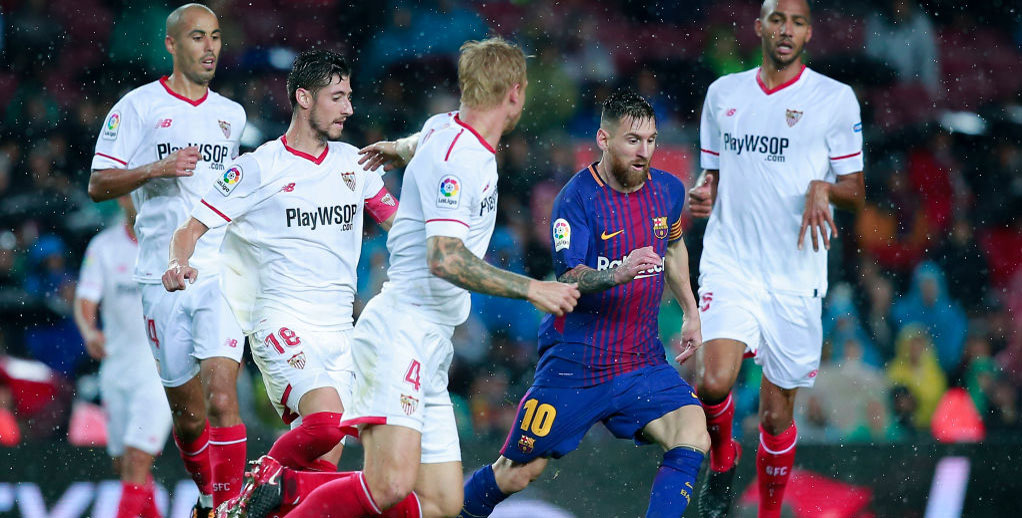 Los Rojiblancos drew 2-2 at home to the Catalan giants in league action last March and only went down 2-1 at Camp Nou in November.

Pablo Machin’s side should also be sharper after featuring in Europa League action and 27/20 for them to avoid defeat in normal time is our first Barcelona vs Sevilla prediction.

Barcelona dominated the domestic scene in Spain last term but have since lost a couple of pivotal players in Andres Iniesta and Paulinho.

Although rarely hitting the headlines, that duo performed key roles in helping Barca to keep ticking over.

With numerous players unavailable due to being late back from World Cup duty, Barca only picked up one draw and two defeats from three International Champions Cup games in the USA.

All that leads us to feel that Ernesto Valverde’s side could be under-cooked for this contest in Tangier.

Looking at the Barcelona vs Sevilla odds, we reckon 3/1 for a draw in 90 minutes is good value.

Sevilla finished seventh in LaLiga last season, with their away form letting them down, but they performed well on the road in the Champions League.

Los Rojiblancos won 2-1 away to Manchester United and drew at Liverpool and Bayern Munich, so travelling to Morocco should hold no fears.

That impressive campaign came after a hat-trick of Europa League triumphs and this is a club now well used to performing in big matches.

They have already beaten Ujpest Doza 7-1 on aggregate in the last-named competition this term to get the competitive juices flowing.

Losing centre-half Lenglet to Barca was a blow, but Aleix Vidal going the other way was a boost, while Ibrahim Amadou and Joris Gnagnon are two interesting imports from French clubs.

We’re adding 25/2 for a 2-2 stalemate in normal time to our Barcelona vs Sevilla betting tips.

Norwich vs West Brom: Baggies can shoot down Canaries
Yeovil vs Aston Villa: Glovers may be more up for EFL Cup
Author