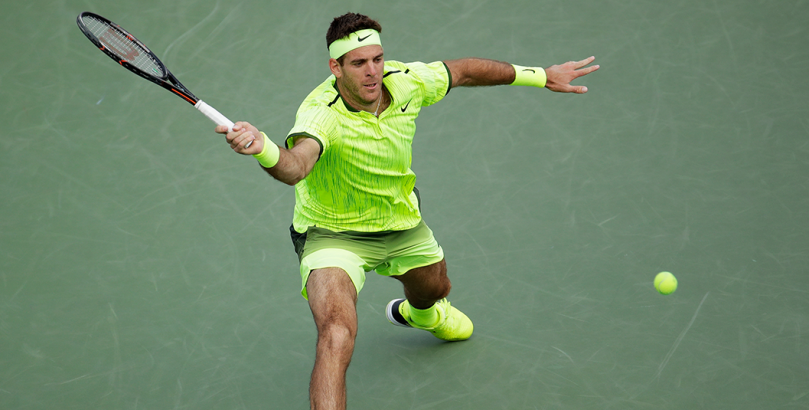 Proceedings are in to the second week in Flushing, Queens and the previous seven days of tennis have conspired to serve up some fascinating fourth-round betting heats across both the men’s and women’s draws.

Read on for the sports.bwin.com/en/news rationale behind the choicest cuts from the US Open betting odds on day eight.

Halep may be a strong favourite in the match betting, but a five-all career head-to-head ledger with the double-barrelled lady from Las Palmas suggests she is unlikely to have things all her own way.

True, all bar one of CSN’s wins against the Romanian have come on clay, but she’s taken a set in four of their five tussles on the hard stuff too, including each of the last two, the most recent of which came at Indian Wells last year.

Just one of Swiss up-and-comer Thiem’s last ten matches had a set which went to a 13th game, but Del Potro has the style to draw a tiebreak from him.

Eight of the Argentine’s last ten matches have included one or more, while the first act of his sole past throwdown with his adversary in New York (in Madrid this May) also went the distance.

When this pair faced off in the final of the WTA Elite event in China last November it was Venus who prevailed by a narrow 7-5, 7-6 margin.

Since then the Czech, 12 years her junior, has pushed on in impressive fashion, winning two tour events, including in Cincinnati in the final tournament before the US Open.

Nishikori and Karlovic meet for the first time since the Japanese world number seven recorded his first win over the vertiginous Croat at the third time of asking in 2014.

All three of the former’s outings en route to this stage have gone four sets deep and, although he is expected to prevail, his opponent’s lightning-bolt service means pinching a set on a tiebreak is always a possibility.