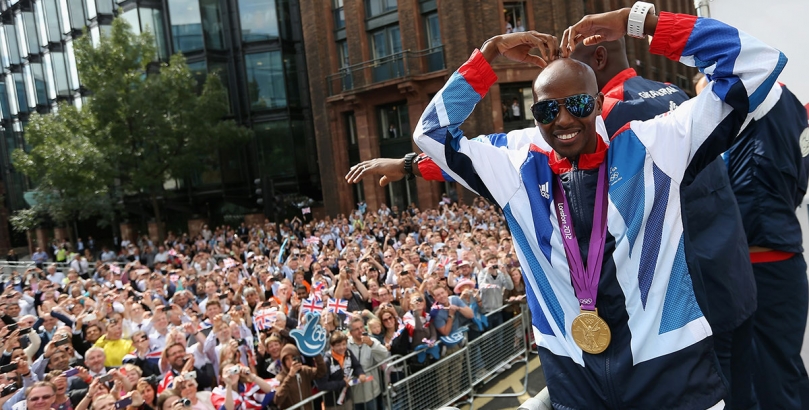 Four years has already passed since London hosted the 2012 Olympic Games and Team GB excelled to surpass their medal target by 18. The 65 medals collected, 29 of which being gold, left the team third in the overall medal table behind expected superpowers USA and China. Optimism remains high that another successful Games is upcoming in Rio and it certainly will be if the following ten competitors collect the medals we anticipate.

“We can be confident it will be our best ever away Games.”

This is the attitude of UK Sport director of performance Simon Timson ahead of the 2016 Olympics in Rio, where the opinion is that Team GB are capable of dazzling in the Samba sun by collecting 79 medals.

Such a haul initially looks on the optimistic side, given Team GB collected 65 medals in London four years ago and never since the start of the 20th century has a host nation improved its medal total at the next summer Games.

However, there is no denying that there are numerous medal hopefuls across the 306 events taking place throughout the 28 sports and 41 disciplines that make up the 2016 Olympics.

Here are 10 capable of celebrating medals in Brazil, with some looking serious challengers for gold, others capable of securing victory on a good day and the remainder perhaps looking better bets for a silver or bronze: 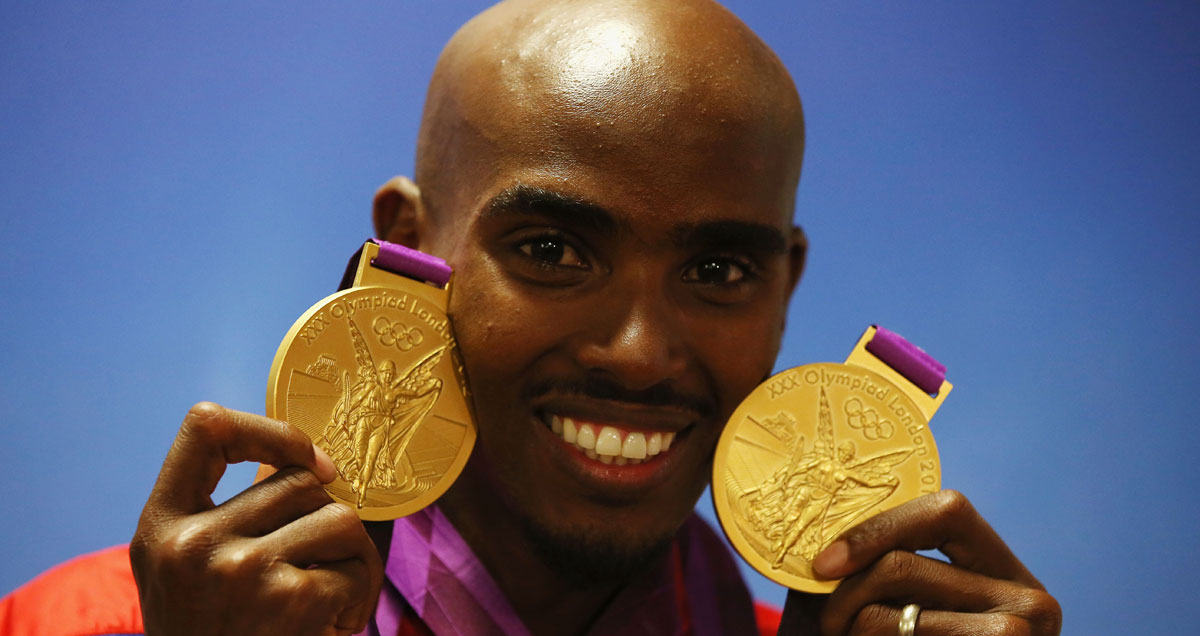 Assessing Farah’s current form is slightly tricky on account of him having yet to start his outdoor season, but he has proved almost unbeatable in recent years. Not only did he complete the 5,000m and 10,000m double in London, he did the same in the World Championships in Beijing last year.

However, his half marathon performance in Cardiff in March, when completing the course in under an hour to take bronze, suggests he is tuning up nicely for Brazil.

The longer distance track races that have been run so far this season have yet to show anyone capable of matching Farah’s final-lap sprint speed and adding another gold in at least one of his two preferred events is reasonable to expect. 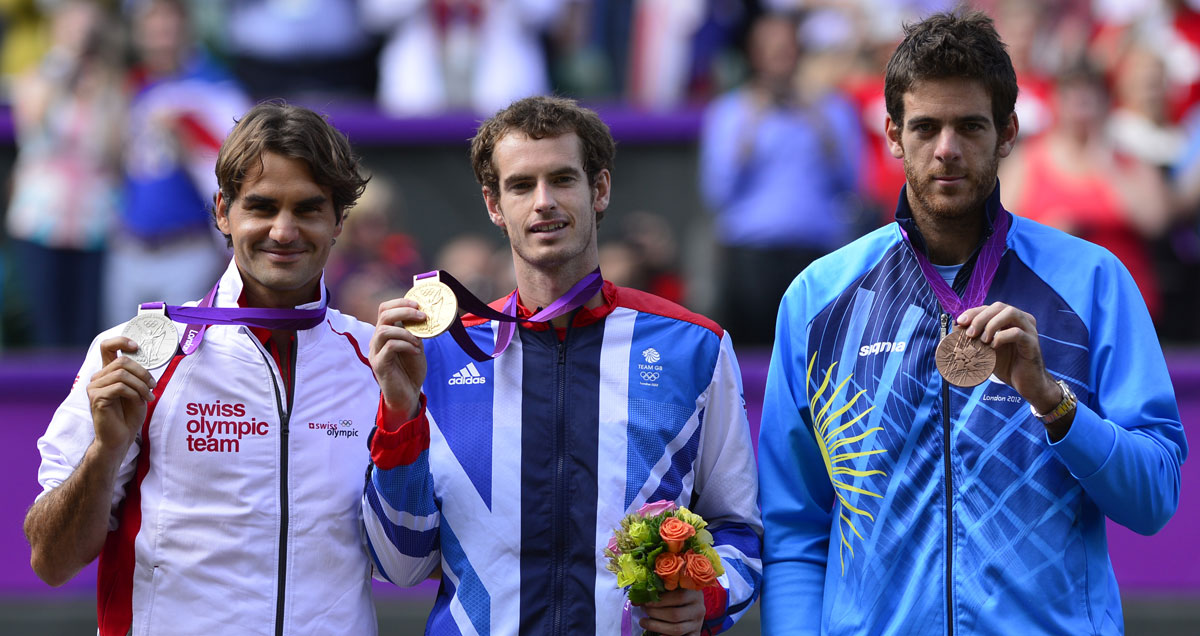 It was gold and silver for Murray four years ago, after victory in the men’s singles and a runner-up finish in the mixed doubles with Laura Robson.

These events were played on Wimbledon grass, while in Brazil the tennis will switch to a faster hard court. This should suit Murray even more, on the basis that seven of his nine Grand Slam finals have been played on a hard surface.

He also has the probable medal opportunity of teaming up with his brother Jamie in the men’s doubles, with the pair proving a successful partnership in Great Britain’s Davis Cup World Group success in late 2015. 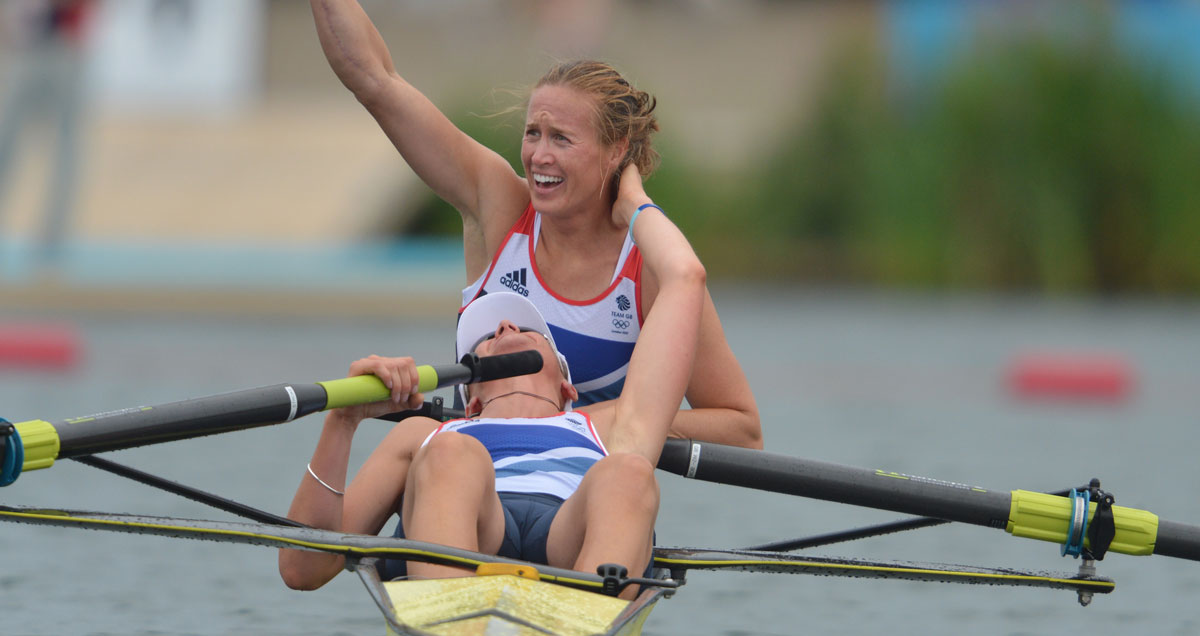 Glover and her partner Heather Stanning won the first Team GB gold medal at the London Games when breaking the Olympic record in the women’s coxless pairs and the duo have since followed up with golds at the World Rowing Championships in both 2014 and 2015.

This year has started in equally dominant fashion for the pair, winning the Team GB Olympic Trials by 10 seconds and then heading to Germany to claim the European title by eight seconds in windy conditions, which may prove ideal preparation for the unpredictable winds expected in Brazil.

Glover is not only ranked as the top female rower in the world, but she has also gone five years without tasting defeat in the coxless pairs. 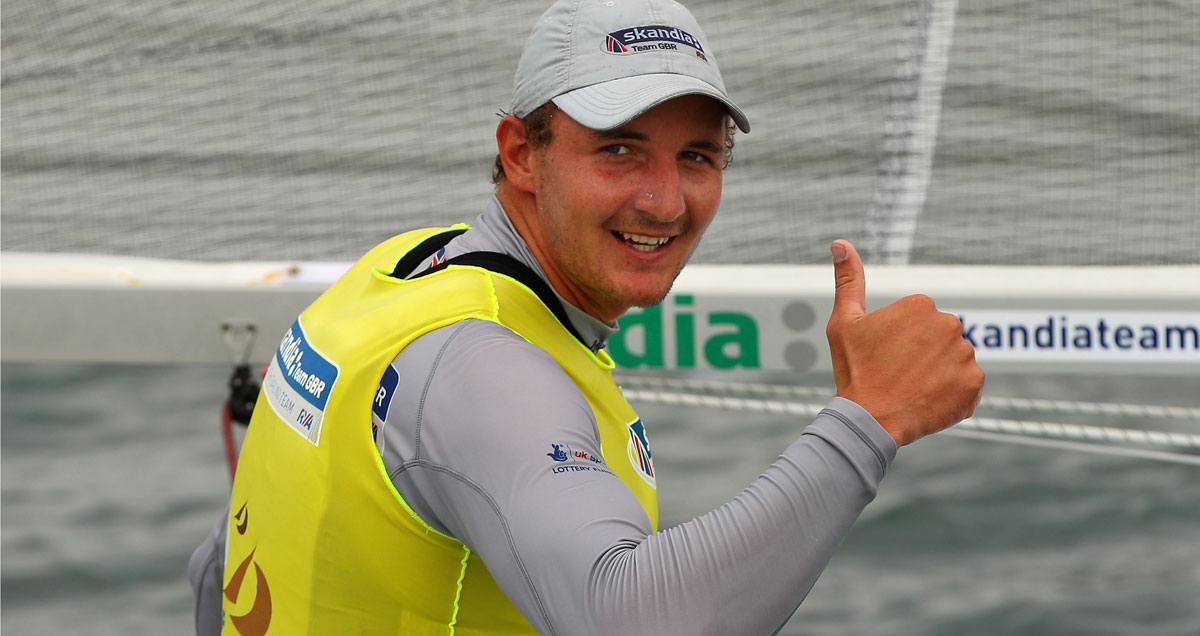 It is somewhat baffling that this will be Scott’s Olympic debut, having been caught up in the shadow of four-time Games gold medallist Sir Ben Ainslie.

But with Ainslie now focused on the Americas Cup, the stage is set for Scott to take the Finn class by storm. He has won the Finn World Championship in each of the last three years, with the latest arriving in the past month.

Team GB has won gold in the Finn class at every Olympics this century, starting with Iain Percy and then three victories from Ainslie after his switch from the Laser class. 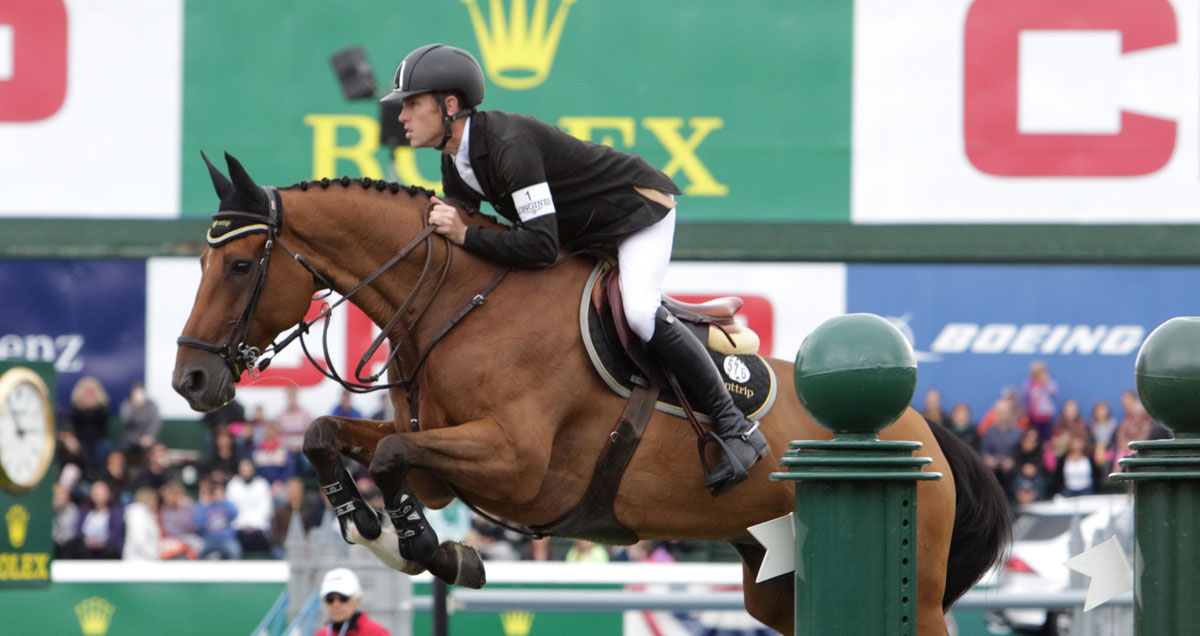 No British showjumper has ever won an individual event at the Olympic Games, with Brash in the hunt for a gold in 2012 before a fence knockdown caused him to finish fifth.

He did secure gold in London in the team event and has since memorably made equestrian history by winning the Rolex Grand Slam – consisting of a trio of major events in Geneva, Aachen and Calgary. This netted him over £1m.

Trusty sidekick Hello Sanctos will again be Brash’s willing partner in Brazil, although co-owner Lord Harris has confirmed that this is the final time the 14-year-old horse will make a Championship appearance. 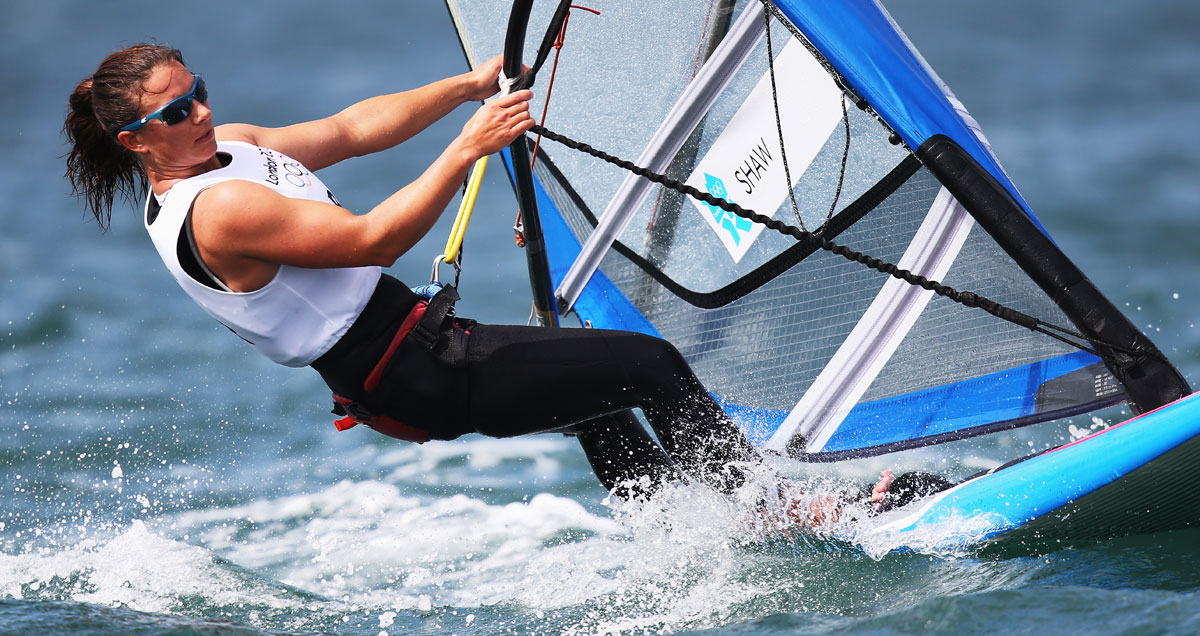 Shaw is no stranger to having an Olympic medal hung around her neck, having taken bronze in the women’s RS:X class in Beijing in 2008.

Her form more recently has been solid with back-to-back World Championship silvers in Oman and Israel, while sandwiched in between Shaw triumphed in the World Cup regatta in Miami. 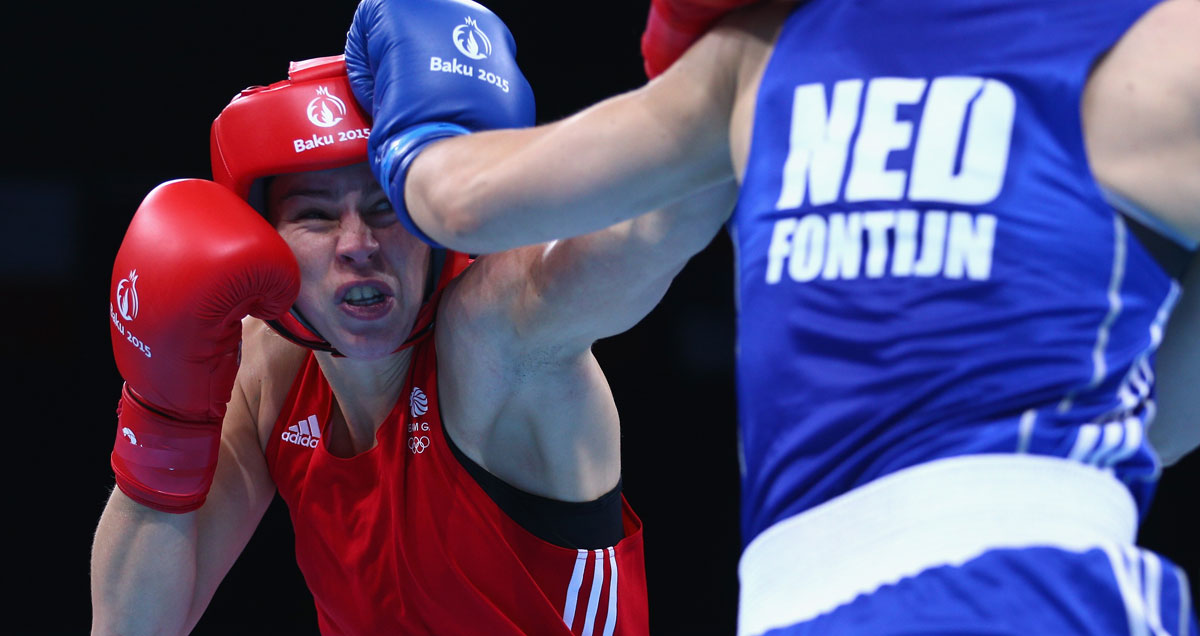 When it comes to women’s boxing, the first name everyone always thinks of is flyweight Nicola Adams. But, up at middleweight, Marshall has revenge in her sights after failing to medal four years ago.

Team GB may have scooped five boxing golds in London, but despite arriving as world champion, Marshall was beaten in the quarter finals.

The 2014 Commonwealth gold medallist has confirmed her place in the boxing line-up again on account of her performance in the World Championships in Kazakhstan, where she boosted her Olympic confidence by gaining a first major medal for two years. In Brazil, much will hinge on her nerves. 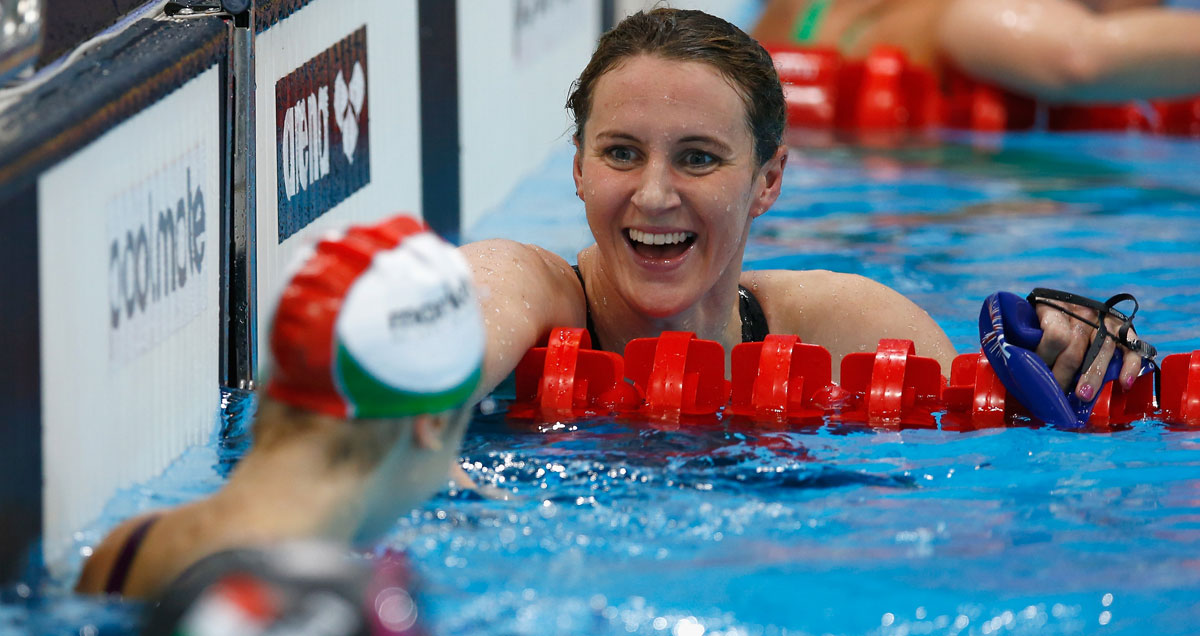 Most swimming eyes in Brazil will be on Adam Peaty, after his three World Championship golds last summer and a further four at the recent European Championships.

Carlin is another set to make her Olympic debut and the Welsh crawler warmed up for Rio by claiming silvers in both the 400m and 800m freestyle at the European Championships despite being troubled by a rib injury.

Illness also caused her to miss the London Olympics and if Carlin can get to Brazil fully fit, she is not without hope of sneaking a gold. 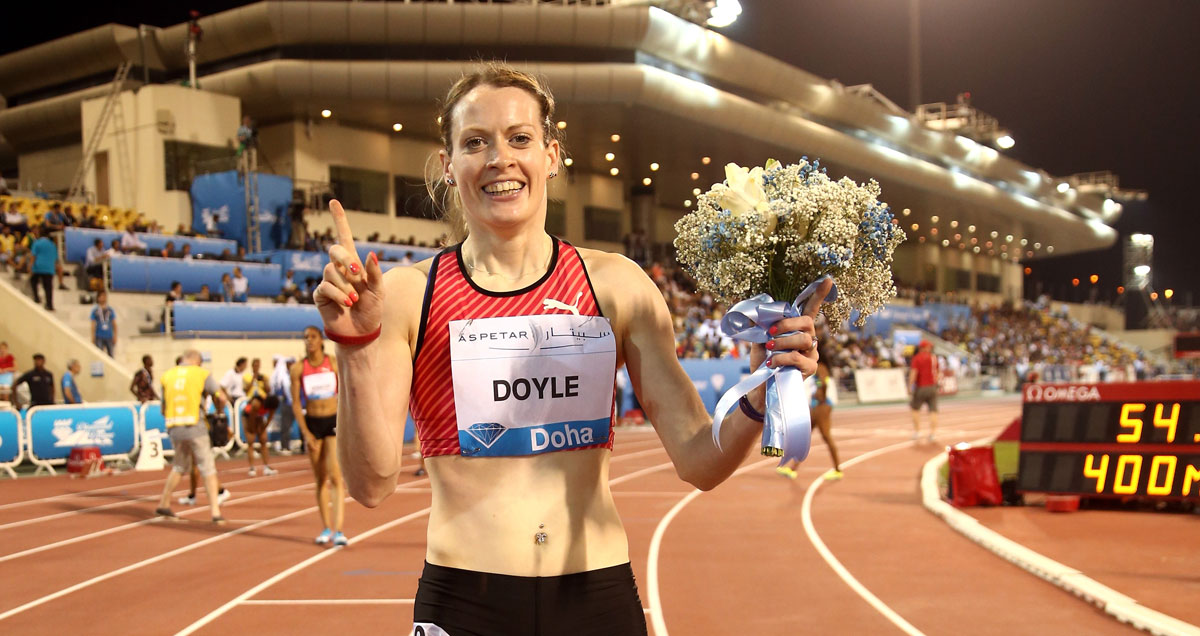 Most may know Doyle as Eilidh Child, with the name change coming after the women’s 400m hurdler got married in October last year.

Her first competitive race under her married name went perfectly as victory was secured in a good-standard Diamond League event in Doha. This followed a successful two years where Doyle took gold at the European Championships and silver behind talented Jamaican Kaliese Spencer in the Commonwealth Games.

The Scot’s victory in Doha was her fastest ever season opener by the best part of a second and a change in training to squeeze in an extra track session each week appears to have made a difference. She will need to take about half a second off of her personal best to be a serious gold medal contender. 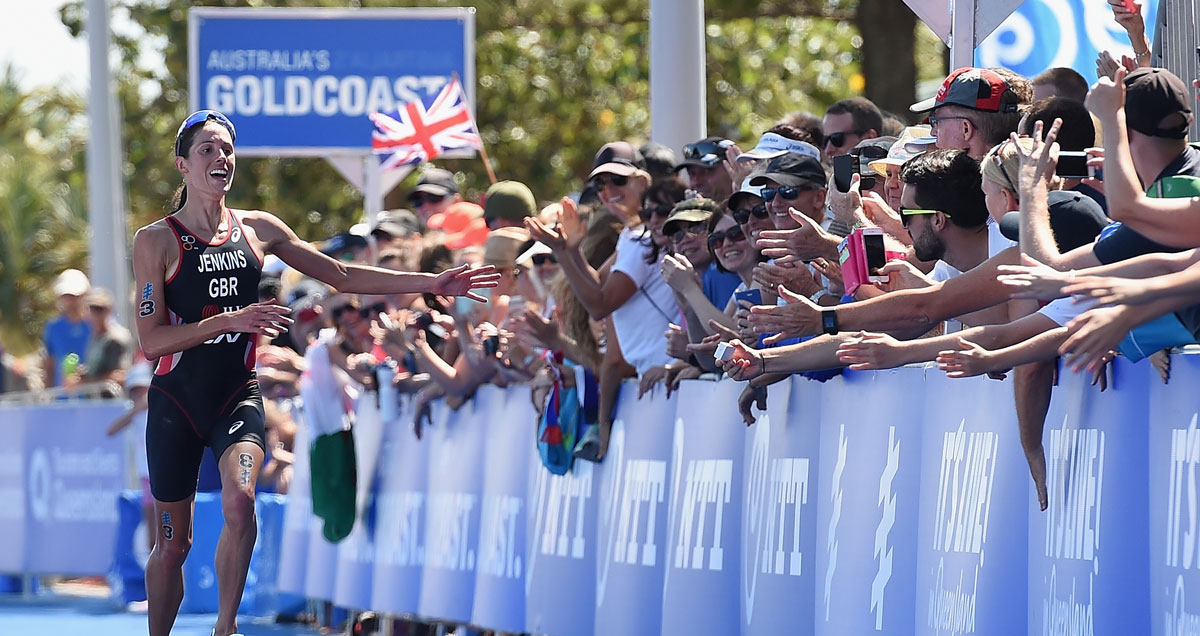 Not dissimilar to others on this list, Jenkins was another favourite for gold in London as the reigning world triathlon champion, but she ended up missing the medals altogether by finishing fifth. Knee pain and a back injury in the final weeks certainly hindered her training and performance.

Injuries have also lingered since, affecting both fitness and motivation, but a decent winter has given Jenkins hope that she is not past her best.

A surprise recent victory over a high-class field in the World Triathlon Gold Coast event, where American Gwen Jorgenson was beaten for the first time since 2014, showed what Jenkins is still capable of on a good day and perhaps another will feature in Brazil.

For all your Olympics betting needs, look no further than bwin.com – click here to explore the men’s odds and click here for the women’s.

1 Your selection
2 Start Playing
Register, deposit £10 or more and place a Sport bet (3+ selections) up to £20, each with odds of 1/2 (1.5) or greater.
3 Get your FreeBet
If it’s not a winning bet, you’ll get up to £20 back as a FreeBet. T&Cs apply
Bet now! Log in
X
The Psychology of the Perfect Penalty – renowned sports psychologist Bradley Busch reveals how to win a shootout
No Nadal, no problem – Ramos-Vinolas and Muguruza lead Spain’s French Open sextuple threat
Author 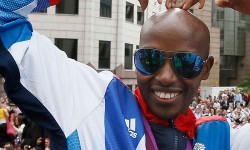 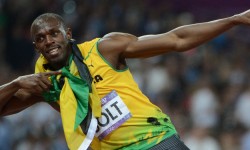 Usain Bolt third and Michael Phelps second, so who is the greatest Olympian of all time?