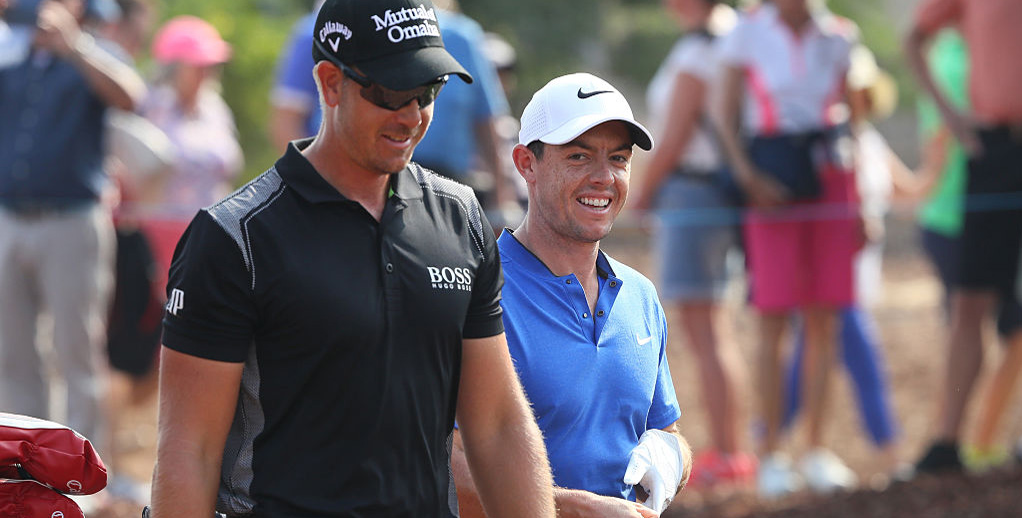 With the first of this year’s four golf Majors – the US Masters – already upon us, we have taken a look at which nations have enjoyed the most success in the sport’s most prestigious tournaments over the last decade.

We’ve also broken down the fortunes of the UK’s representatives to see which areas of the country have contributed the most players – and success – to their nation’s cause.

Who makes the cut?

The first hurdle between a golfer and tournament success – once they’ve secured their participation of course – is to make the cut after the second round. While players from the United States tend to dominate the field, providing almost half (47%) of all golf Majors entrants in the last 10 years, there are other nations who punch above their weight.

Top of the pile is Italy, whose entrants have made the cut on 65% of occasions: 39 of their 60 representatives have been close enough to the leaders to continue beyond the first 36 holes. Leading the charge has been Francesco Molinari who, along with his brother Edoardo, has been responsible for 31 of those 39, with the pair only failing to progress in 10 of their 41 entries combined.

Sweden, led by Henrik Stenson’s 29 completed tournaments out of 36, and a Rory McIlroy-powered Northern Ireland complete the top three by this measure, with both nations falling just shy of the 60% mark. Both rank far higher than the Americans’ average of 47% and the 55% of golfers from England – the second most well-represented nation – who make the cut.

Who finishes in the top 10?

Getting past the first two rounds is obviously important, but regularly troubling the top 10 is a far more exacting measure of golfing prowess. By this measure it’s Northern Ireland who lead the way, with 19% of their entrants over the last 10 years of golf Majors ending up at the top end of the leaderboard.

Unsurprisingly it’s again a certain Mr McIlroy who has propelled them into this position with 14 of their 20 top-10 finishes down to him, although Graeme McDowell has contributed five of the remaining six.

Their southern neighbours rank second by this measure, with Padraig Harrington having registered eight of Ireland’s 11 top-10 finishes from just 68 combined attempts. Third are the Swedes, who have managed the same percentage of top-10 finishes as Germany but from far more entrants: 215 to 69.

Who earns the most?

Some will measure success by prize money earned so it’s only fair to consider this, but unsurprisingly the results don’t differ wildly. Northern Ireland’s entrants have each taken home an average of just over $140,000 from each Major, with Ireland ($113,000) in second and Argentina ($89,000) in third.

England’s combined haul over the last decade may be almost twice that of the Northern Irish ($29m to $15m) but the smaller nation has achieved their total with around a fifth of the entries: 105 to 504.

Where do the UK’s entrants come from?

While Northern Ireland may be the most successful part of the UK, the birthplace of golf is still providing the largest share of Majors entrants. Just under one in every six (16.2%) were born in Scotland and this proportion would increase further if we were to include Shrewsbury-born Sandy Lyle.

Northern Ireland has provided the second most (13.2%) and the east of England is third with 12.3% thanks to the recent success of Hitchin-born Ian Poulter and Hemel Hempstead’s Luke Donald.

While the north east of England is adjacent to Scotland, they have been the nation’s worst-represented area with fewer than one in 50 of the UK’s entrants, and are the only part of the country not to boast a top-10 finisher during the past decade.

An honourable mention has to go to Lee Westwood from Worksop in the east Midlands, who has appeared in 39 of the last 40 golf Majors: more than anyone else in the country.

Note: For this analysis we’ve only considered nations who have provided an average of at least one entrant per Major over the last decade.

Middlesbrough vs Burnley: Draw the conclusion at Riverside
Man City vs Hull: Tigers to go down fighting
Author