As the world of sport continues to recover from the disruption of the first wave of COVID-19 that brought it to a virtual halt in the Spring, we’ve picked out five major sports and looked at how they responded.

The Formula 1 season was one of the first to get under way but the schedule bears little resemblance to the original plan for 2020. The Australian Grand Prix was intended to be the curtain raiser but was cancelled at the last minute as lockdowns swept across the world. It wasn’t until the Austrian Grand Prix in early July when the first race of the year took place, and the nation also hosted another – the Styrian Grand Prix – the following week. Silverstone also undertook back-to-back hosting duties and several other races have been introduced to replace those which could not be rescheduled.

Two major events – the Australian Open and Qatar Open – took place before the lockdown but the Indian Wells event in early March wasn’t so lucky. The next event at which a player could earn at least 500 ranking points wasn’t staged until late August when a rescheduled and relocated Cincinnati Masters served as the warm-up for the US Open. Of the other two Grand Slams, Wimbledon was cancelled altogether while the French Open is set to commence four months later than planned.

The athletics calendar arguably suffered the biggest shock of all with the postponement of the Summer Olympics in Tokyo until 2021. Many athletes will have planned their entire careers around this quadrennial event and will now have to rethink their training and participation to ensure that they peak next summer. The Diamond League was due to feature 15 events in 2020 but this has been reduced to eight, with only two set to take place on their original dates.

At one point in March 2020, Belarus was the only one of UEFA’s 55 members still staging top-flight football. While four of the ‘big five’ leagues were eventually able to resume their schedules and rush through the season’s outstanding matches, the French season was cancelled altogether. Furthermore, Euro 2020 – like the Summer Olympics – was delayed until 2021. Those nations whose 2019/20 domestic seasons were completed in June, July and August have had to compress their 2020-21 calendars to ensure that they finish in time for UEFA’s summer showpiece despite starting over a month later than usual.

After the WGC Mexico Championship in February, there were no more PGA Tour events worth at least 500 ranking points until the WGC Invitational in August, with The Open at Royal St George’s one the tournaments cancelled. Since then, the schedule has looked more familiar, with a rescheduled PGA Championship and US Open bookending three more events that took place as originally timetabled. One side-effect of the required juggling is that the 2020-21 PGA Tour will include two Masters Championships and two US Opens. 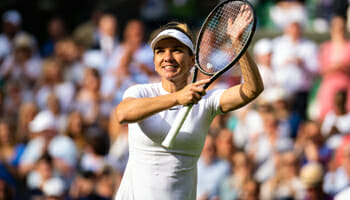