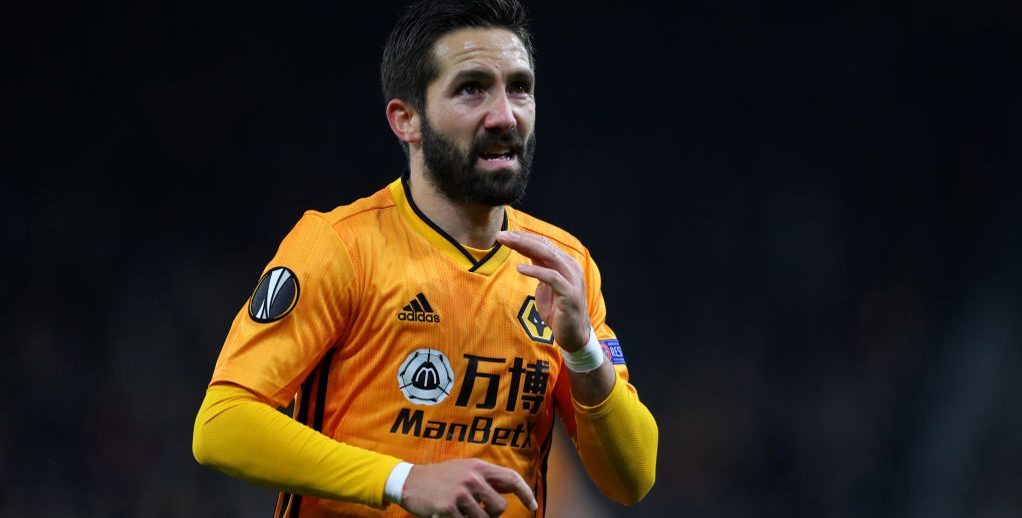 Wolves look assured of a place in the last 16 of the Europa League after crushing Espanyol 4-0 at Molineux and may be content to cruise through the second leg.

Their opponents are far more focused on a La Liga relegation battle than battling back in this tie, so this has the makings of a low-key contest.

We reckon 11/5 for a steady stalemate is the way to go with our opening Espanyol vs Wolves prediction.

With his side struggling at the foot of Spain’s top flight, Espanyol boss Abelardo Fernandez made nine changes for last week’s trip to England.

The Parakeets, who have won just four La Liga matches this season, only briefly looked like threatening their superior hosts at Molineux.

Rui Patricio was alert to get a hand on Lei Wu’s smart volley, while the goalkeeper recovered from his own error to deny Facundo Ferreyra.

Otherwise, the visitors offered little threat and were lucky to keep 11 men on the pitch just before the break when Ander Iturraspe clashed with Diogo Jota but escaped with a yellow card.

Fernandez commented: “In view of the delicate position in the league, that is the priority, but I still put out a team to get a result.

“Maybe 4-0 was a bit of an excessive scoreline, it didn’t tell the truth behind the game. Wolves were clinical and we were not as clinical as them.

“I’m not going to criticise players for the performance, but looking at the tie, you have to say it’s difficult to come back.”

Espanyol had shown some improved form in La Liga before that trip, but Sunday’s 2-1 loss at Valladolid was another setback.

Fernandez is sure to have one eye on Sunday’s visit of Atletico Madrid, but will not want to suffer any more embarrassment here.

Looking at the Espanyol vs Wolves odds, we like 7/2 for the scores to be level at half-time and full-time.

Jota followed up his hat-trick in Wolves’ final group game against Besiktas in December with another treble versus Espanyol, with Ruben Neves also on target.

Nuno Espirito Santo beamed: “We were clinical and that’s what we want. Sometimes you create more and don’t score.

“It’s also another clean sheet; defensively we did really well and everything starts from there.

“We have many examples of teams coming back, so we have to stay focused and complete the job next week in the second leg.”

Wanderers built on that performance when beating Norwich 3-0 on Sunday, with Jota again impressing via a double strike.

That boosted Wolves’ hopes of qualifying for Europe again next season via their Premier League position, but Nuno may now be distracted by Sunday’s tough domestic trip to Tottenham.

Let’s finish off our Espanyol vs Wolves betting tips by taking 11/2 for a workmanlike 1-1 draw in Barcelona.

Celtic vs FC Copenhagen: Hoops to be too hot at home
Arsenal vs Olympiakos: Gunners to grind out clinical win
Author