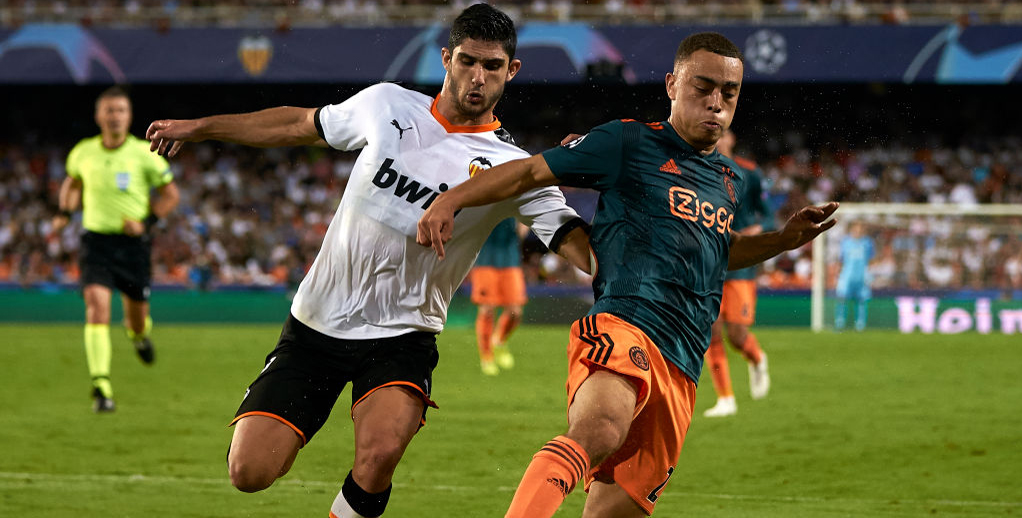 Ajax are in pole position to qualify from Champions League Group H, as they only need to avoid defeat against Valencia to book a place in the last 16.

The Dutch giants will also be keen to claim top spot in this pool, though, and that makes them a solid pick to see off Los Che in Amsterdam.

We’re happy to take 31/50 for a home victory as our initial Ajax vs Valencia prediction and will be putting that in midweek multiple bets.

Ajax were far from convincing in scrambling through a couple of qualifying rounds, but got their pool-stage campaign off to a flying start.

Following a 3-0 home win over Lille, last season’s semi-finalists prevailed by the same scoreline versus Valencia at the Mestalla.

They were flattered by that result, though, as Los Che gave us as good as they got for long periods, but just couldn’t make their chances count.

Ajax were then beaten 1-0 by Chelsea at this venue and had to settle for a share of the spoils at Stamford Bridge when collapsing from 4-1 up to draw 4-4 following a couple of dismissals.

However, Erik ten Hag’s team got back on track when winning 2-0 in Lille to top the table on 10 points, two ahead of Los Che and Chelsea.

Friday saw a domestic blip, as Ajax went down 2-0 to Willem II here, but they are still three points clear at the Eredivisie summit.

Quincy Promes has netted seven times in this competition, the excellent Hakim Ziyech can boast a tournament-high five assists, while Dusan Tadic and Donny van de Beek are other attacking talents.

Injury problems for Promes and David Neres are frustrating, but we still like 11/10 for a home win and over 2.5 goals in the game from the Ajax vs Valencia odds.

Valencia showed they can travel well when drawing at Manchester United last term and kicked off this season with a gutsy 1-0 success at Chelsea.

Los Che followed the home loss to Ajax by picking up a point at Lille, where they led 1-0 until Mouctar Diakhaby was sent off late on and the French outfit equalised in stoppage time.

Albert Celades wasn’t a universally popular choice when brought in to replace Marcelino, but a 4-1 triumph over Lille at the Mestalla helped win over a few more fans.

However, if they do end up going out, Valencia will look back with frustration on a 2-2 draw with Chelsea in Spain.

Max Gomez missed a couple of close-range chances that night, Rodrigo wasted another opportunity and Daniel Parejo had a penalty saved.

Saturday’s 4-2 La Liga success at Levante made it four wins out of five in that competition, with 11 goals scored in those games, so this is a team which can threaten going forward.

Worryingly, though, they were very much second best to Lille for an hour at home, so we’re still comfortable in taking them on.

Joshua vs Ruiz 2: AJ to gain revenge in Saudi Arabia rematch
Sports Personality of the Year: Who will win the 2019 award?
Author